GHOSTBUSTERS 3 TO START SHOOTING NEXT SUMMER

It seems that popular comedy from the 80's "Ghostbusters" will get its third part next year. Summer 2010 is the time when the work on the new installment will start. Here's what Harold Ramis, one of the actors from the original movie has said about it recently: 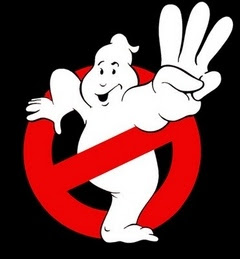 "Something's going to happen. Dan Aykroyd did write a spec Ghostbusters 3 screenplay a few years ago, but no one was motivated to pursue it. Now, 25 years after the original, there seems to be some willingness to proceed and apparently a substantial public appetite for a sequel. We'll introduce some new young Ghostbusters, and all the old guys will be in it, too. Think Christopher Lloyd in Back to the Future ... Ghostbusters 3 is progressing with plans to shoot next summer and release in 2011 ... Oh, and I have two one-of-a-kind Ghostbuster yarmulkes sent by fans."
So it seems that some of the original cast members might be involved in the remake, but the focus will be on a new cast of Ghostbusters. I must say I never was a fan of this franchise, but I did like its popular and catchy music theme.
Posted by DEZMOND at 9:25 PM