Here's a very intriguing featurette on "Solomon Kane" in which the director Michael J. Bassett and others talk about the movie's many interesting evil creatures. 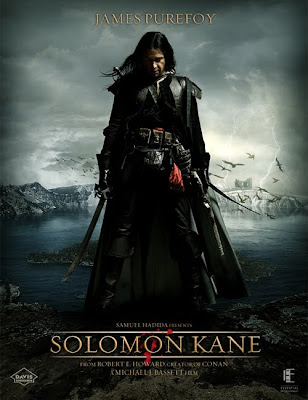 Judging from the trailers and these featurettes, I now understand why the studio has been postponing the premiere of the film, which still doesn't have the launch date although we know it will be sometime in 2010. They probably just want to create the hype which this movie might actually deserve. Although it had appeared as an almost B class movie, it seems that it's visual creativity, great actors, amazing sets and stunning action scenes, have all made it a much bigger movie than anyone has expected it. I know many fans are now anxiously waiting to finally see it.
As the first part in a trilogy this is an epic adventure following Solomon Kane (James Purefoy), a 16th Century soldier, who learns that his brutal and cruel actions have damned him. Determined to redeem himself, Kane swears to live a life of peace and goodness but is forced to fight once more when a dark power threatens the land.