FRANK MILLER STARTS WORK ON "XERXES" THE PREQUEL TO "300"

Talking to"LA Times" Frank Miller has revealed exclusive new details about his follow-up project to famous epic "300". Directed by visual genius Zack Snyder the adaptation of Frank Miller's graphic novel about King Leonidas and his doomed army of Spartans broke many box-office records when it was released into cinemas and took the tittle of one of the visually most striking movies ever.
Now, Miller says that the follow-up will be titled "Xerxes", and it will be set about 10 years before the events of the first movie. It will tell the story of the battle of Marathon and Miller says that he has finished the plot and is now getting started with the artwork. 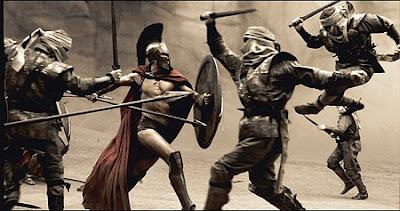