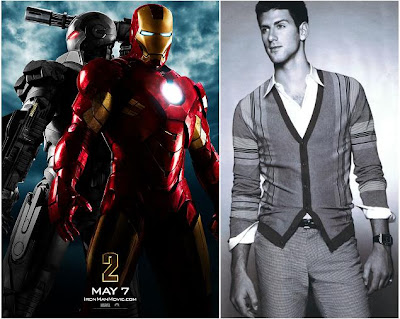 In one of his interviews this weekend, Novak Djokovic, the most famous Serbian athlete and world's tennis player number three, has revealed quite an interesting piece of news - that he was offered a role in "Iron Man 2". He didn't state what kind of role it was, how big or small, and we don't even know whether it's really true or it's just another of his jokes, since he is famous as a great jokester, but it sounds more than amusing.
Being one of the most popular and beloved celebrities in Serbia, this wasn't his first movie offer. Earlier this year, he was presented with an idea to play Serbian king Alexander in a historical TV series which will be produced by Serbian national broadcasting company. He is seriously thinking of accepting it and using this chance to start an acting career.
Posted by DEZMOND at 8:55 PM