According to MTV who recently spoke with actress Zoe Saldana ("Star Trek", "Avatar") 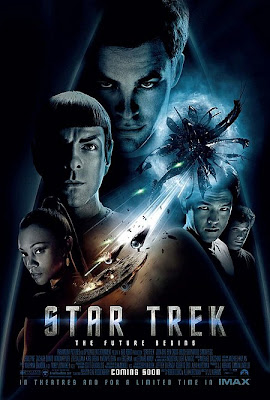 the highly-anticipated sequel "Star Trek 2" will begin its development next year. There is no official news about the precise start of shooting, but according to Zoe, it seems the script is under work:
"I spoke to J.J. and Bryan Burk, his producing partner at Bad Robot, and they are still in the middle of building the script with Alex Kurtzman and Bob Orci, and we'll probably be going into pre-production around this time next year."
What do you say, are you anxious to see the new adventures of the U.S.S. ENTERPRISE? This year's STAR TREK was not only one of the most successful blockbusters but also one of the most lovable movies among the moviegoing audience.
Posted by DEZMOND at 11:19 PM