J. LO HAS A BACK UP PLAN AND IT INVOLVES ALEX O'LOUGHLIN 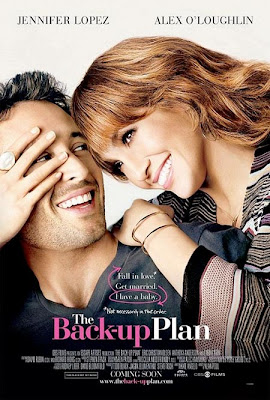 Yes, J.Lo is a horrible, horrible person who flays the fur right of poor animals' backs so that she could parade around in ugly fur coats. Yes, J.Lo keeps on releasing unsuccessful, bad singles year after year, even though her music career had died the moment she decided to abandon her Latino origins and go hip hop. But at least she's keeping herself busy shooting new movies.
The latest one is "The Back Up Plan", which is basically her back up plan to become a new Sandra Bullock if her music career proves disastrous. It follows a woman who after years of dating decides waiting for the right one is taking too long so she schedules an artificial insemination, but on the day of the procedure she meets a man with real possibilities. Trying to nurture a budding relationship and hide the early signs of pregnancy becomes a comedy of errors for her and creates confusing signals for her new boyfriend, but after she reveals the reason for her unpredictable behavior he decides to stay with her.
The real pregnancy test comes when both of them realize they really don't know each other outside of hormonal chaos and birth preparations. With the nine month clocking ticking, both begin to experience cold feet. Anyone can fall in love, get married and have a baby but doing it backwards in hyper-drive could be proof positive that they were made for each other.
One of the positive effects of this rather ridiculous movie, coming out next spring, could be a new upgrade in the career of charming Alex O'Loughlin, who plays J.Lo's man in the film. He could quite possibly become Hollywood's new heartthrob. 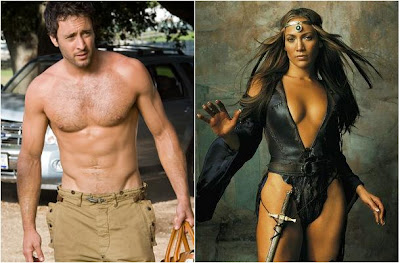