FUTURISTIC STORY "DAMN NATION" TO BE ADAPTED INTO A MOVIE 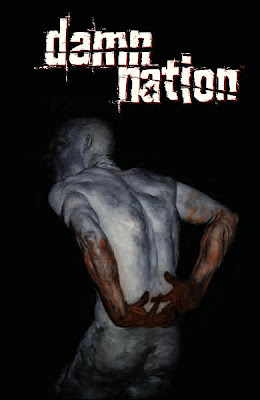 According to "MovieWeb" "Damn Nation", a 'Dark Horse' comic by Andrew Cosby and Jason Alexander will be developed into a movie. Writers of "Thor", Ashley Edward Miller and Zack Stentz, have apparently signed on to write the script for this futuristic vampire project for Paramount.
The whole adaptation is set in U.S. A. evacuated after an attack from inhuman nocturnal predators, and the story follows the tale of the survivors after the government has been forced to relocate to London while scientists search for a solution.
Posted by DEZMOND at 6:29 PM