New historical action/adventure show "Spartacus: Blood and Sand" is coming to "Starz" January 22nd 2010 so I though I could put you in the mood for watching it with this mega poster including all of the main characters (just click on the image to see it in bigger size). 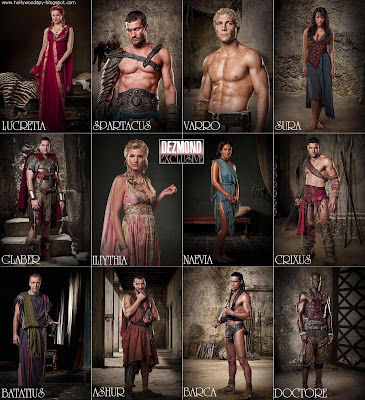 It follows a Thracian soldier Spartacus (Andy Withfield) who volunteers to fight in the Roman Auxiliary against a common enemy of Thrace and Rome. As punishment for defying the Roman commander Legatus Claudius Glaber (Craig Parker, the amazing actor who played elven king Haldir in "The Lord of the Rings" and the charismatic villain Darken Rahl in "Legend of the Seeker" ), he is sentenced to die in the gladiatorial arena. Against all odds he kills four gladiators and survives. His sentence is commuted to slavery and he is bought by Batiatus (John Hannah) and his wife Lucretia (Lucy Lawless), who besides being cunning as her husband also has gladiator Crixus as her secret lover, to be trained as a gladiator in their ludus. His rebellious tendencies are tamed by the promise of one day being reunited with his wife Sura (Erin Cummings). He will be trained by Batiatus' trusted slave Doctore and his bodyguard Barca to fight in arena, where he will meet gladiator Varro who will become his only friend. There's also Illiythia, Glaber's gorgeous, often alone and bored wife and also a daughter of a senator, whom Lucretia will introduce to all the sensual pleasures of the ludus. And there's also wicked Ashur, the resident bookie and jack-of-all-trades of the ludus and its least liked or trusted inhabitant. 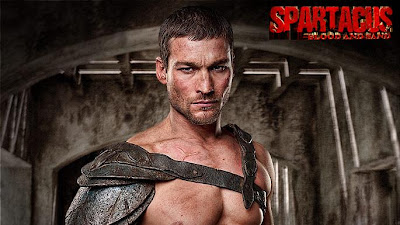