Together with "Summit" Brad Pitt is planning to produce the project "Vlad" about Vlad Tepes, better known as Dracula. The script is written by actor Charlie Hunnam and "Summit" is currently talking with music video director Anthony Mandler to direct the film, amazed by his vision. 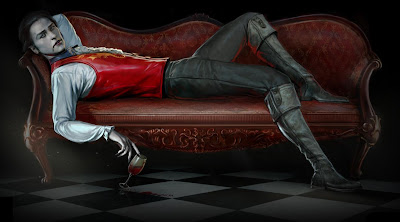 "Vlad" will follow Dracula as a young prince. I'm not sure whether the film will really be about the real person behind the Dracula myth, known as Vlad the Impaler.
Vlad Tepes intermittently ruled an area of the Balkans called Wallachia in the mid 15th century. The word Tepes stands for "impaler" and was so coined because of Vlad’s propensity to punish victims by impaling them on stakes, then displaying them publicly to frighten his enemies and to warn would-be transgressors of his strict moral code. He is credited with killing between 40,000 to 100,000 people in this fashion. Way too dark for my movie taste.
Here's what Hunnam said about possible lead actor: "As I was writing it, I vacillated between thinking about myself playing the role as a fantasy (laughs), and Colin Farrell and Christian Bale. Particularly Farrell. There's something very roguish and bad boy about Vlad, and I know Colin a little bit, and I think he has some of the characteristics that would be essential for playing this guy."
Posted by DEZMOND at 10:41 PM