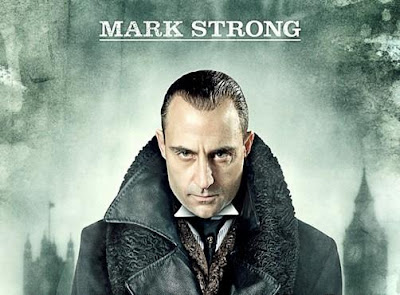 "Cinema Blend" has recently talked with actor Mark Strong about Andrew Stanton's long awaited big screen adaptation of "John Carter of Mars", in which Strong is going to play Matai Shang, ruler of the Thems, and here's what he said:
"Andrew Stanton is a genius. He's such a good storyteller. When I met him and he showed me the storyboards, the ideas for the sets and the designs for the characters, it's just absolutely mind-blowing. There is some filming in Utah, but most of it is in a studio outside of London. My character doesn't actually get involved in any of the motion-capture stuff. All the stuff is live action. Although I can shift my shape, so I have to be photographed by a 360-degree camera. I can adapt into anything. That's going to be my particular talent. But I'll transform into other human beings mainly."
The film is set to premiere in 2012 with an amazing cast including: Taylor Kitsch, Lynn Collins, Willem Dafoe, Samantha Morton, Dominic West, Polly Walker, Thomas Haden Church, James Purefoy, Mark Strong...
Beside appearing in "The Young Victoria" and "Sherlock Holmes" this year, Mark Strong will also star in other epic projects such are "Robin Hood", "The Eagle of the Ninth" and the last season of "The Tudors".
Posted by DEZMOND at 9:24 PM