BBC TURNS 'THE LUMINARIES'
INTO GOLD RUSH EPIC TV SERIES
Here's a new period set project for us: BBC 2 is to turn Eleanor Catton's novel THE LUMINARIES into a six part TV series set on the Wild West Coast of New Zealand’s 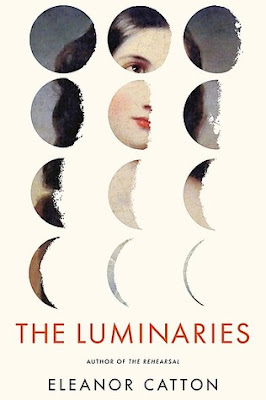 South Island in the boom years of the 1860s gold rush!
The 2013 Man Booker Prize winner starts in 1865, following a defiant young adventurer Anna Wetherell, who has sailed from Britain to New Zealand to begin a new life. There she meets the radiant Emery Staines, an encounter that triggers a strange kind of magic that neither can explain. But Anna must survive the dangerous world, where shipwreck and murder, blackmail and betrayal, greed, gold and false imprisonment all conspire to keep her apart from Emery. The star-crossed lovers begin to wonder: Do we make our fortunes, or do our fortunes make us? 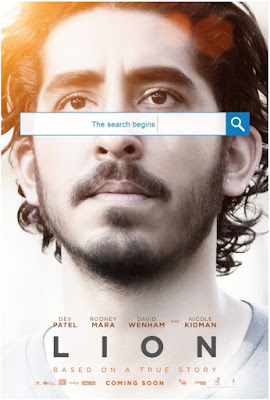 And the first trailer has been released for another adaptation, this time  Saroo Brierley’s 2013 memoir A Long Way Home! LION follows the 5 year old Saroo (Sunny Pawar) who becomes separated from his family after falling asleep on a parked train, and winds up 1,000 miles from his village in Calcutta. After learning to survive in Kolkata, Saroo is ultimately adopted by an Australian Couple (Nicole Kidman, David Wenham). But as he grows (Dev Patel), questions linger about the life he left behind. With the help of Google Earth, Saroo sets out to find his family. The movie is out November 25th!