Here's a star studded period set movie for you: Ben Foster is the latest one to join HOSTILES which already has Christian Bale, Rosamund Pike, Wes Studi, Adam Beach, Q’orianka Kilcher, Stephen Lang, Bill Camp, Peter Mullan.
Set in 1892, HOSTILES tells the story of legendary Army Capt. Joseph J. Blocker (Christian Bale), who after stern resistance, begrudgingly agrees to escort a dying Cheyenne war chief, Chief Yellow Hawk (Wes Studi) and his family back to tribal lands. Making the perilous journey from an isolated Army outpost in New Mexico to the grasslands of Montana, the former rivals encounter a young widow (Rosamund Pike), whose family was murdered on the plains. She joins them as they try to overcome the hostile Comanche tribes. 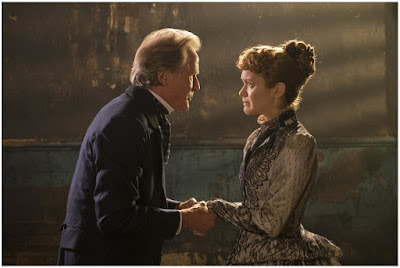 Marsan! This Gothic mystery is set in London, 1880. In the dangerous Limehouse district, a series of murders have shaken the community. So 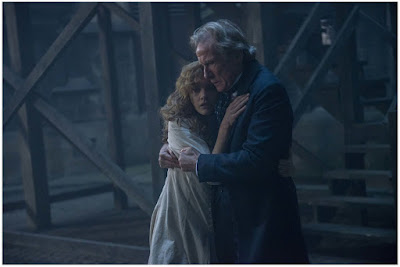 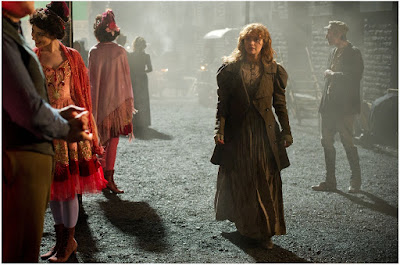 leads, the police put the vastly experienced Detective Inspector Kildare (Nighy) on the case, a scapegoat for when the next victim surfaces.
Posted by DEZMOND at 7:41 PM