ON AFRICAN FEMALE WARRIORS
How about something unusually epic to start your new working week this Monday? As 'Deadline' reports NCIS producer Charles F. Johnson is preparing AMAZONS, a live action television series about famous African female warriors!
The series will tell the story of AMAZONS, an army of 6,000 female soldiers who fiercely fought against the French Colonial army and other enemies of the Dahomey Kingdom. The kingdom was the last non colonized West African empire which existed from 1600-1894 and was unique in that men and women had societal parity and shared ruling authority over the government.


'THE SEA OF TREES' TRAILER
WITH MATTHEW MCCONAUGHEY, KEN WATANABE, NAOMI WATTS
It's a very boring Monday, people, and the only thing the spy has to show you is the first official trailer for Gus Van Sant's new drama movie THE SEA OF TREES starring Matthew McConaughey, Ken 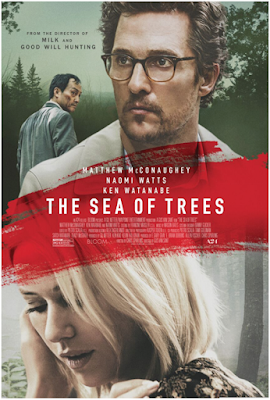 Watanabe and Naomi Watts. The movie has already opened around Europe after it got booed at Cannes Film Festival.


SUICIDE FOREST
Arthur Brennan (Matthew McConaughey) treks into Aokigahara, known as THE SEA OF TREES, a mysterious dense forest at the base of Japan's Mount Fuji where people go to commit suicide (it really exists with an average of three suicides a week). On his journey to the suicide forest, he encounters Takumi Nakamura (Ken Watanabe), a Japanese man who has

lost his way after attempting suicide. The two men begin a journey of reflection and survival, which affirms Arthur's will to live and reconnects him to his love for his wife (Naomi Watts).