We really did fell in love with super charismatic Luke Pasqualino in BBC's The Musketeers series and now he will lead Crackle's SNATCH, a ten episode small screen adaptation of Jason Statham movie of the same name. Dougray Scott, Lucien Laviscount and Rupert Grint are also starring.
Inspired by a real-life heist in London, SNATCH centres on a group of twenty something, up and coming hustlers who stumble upon a truckload of stolen gold bullion and are suddenly thrust into the high stakes world of organized crime. Luke Pasqualino’s Albert is an aspirational young man. He is smart, handsome, charming and a bit of a thinker as well as a doer. He strives to ensure that he doesn’t end up like his father, Vic (Dougray Scott). Loyalty, heart and passion are at his core. Lucien Laviscount will play Billy Ayers, a handsome, aggressive and stubborn boxer. 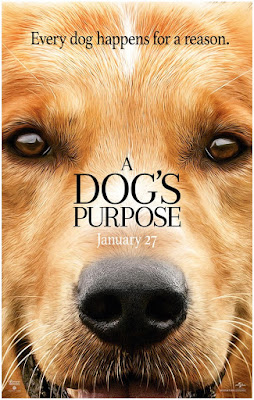 And since it was international dogs' day yesterday here's a warm trailer for you coming from Dennis Quaid movie A DOG'S PURPOSE out this January. Based on the beloved bestselling novel by W. Bruce Cameron, and directed by our most beloved Lasse Hallström (Chocolat, Salmon Fishing in the Yemen, The 100 Foot Journey) this stirring journey shares the soulful and surprising story of one devoted dog  who finds the meaning of his own existence through the lives of the humans he teaches to laugh and love. The family film told from the dog's perspective also stars Dennis Quaid, Peggy Lipton, Britt Robertson, K.J. Apa, Juilet Rylance, Luke Kirby, John Ortiz and Pooch Hall.