Titanic and Catherine the Great! She has been cast in FEUD series by FX and Ryan Murphy. It will be an anthology series, meaning that each season will describe a different celebrity feud.
In FEUD, Catherine Zeta Jones will join Jessica Lange and Susan Sarandon who play Joan Crawford and Bette Davis with eight episodes depicting their famous rivalry during the making of 1962 film What Ever Happened to Baby Jane? Their feud increased movie's popularity at the time, and it was later on nominated for five Oscars. Zeta Jones will play Davis' close friend Olivia de Havilland, who was also famous for her long time feud with her sister, actress Joan Fontaine, and who often fought Crawford for movie roles. Alfred Molina will play the film's director, Robert Aldrich,  Stanley Tucci is studio titan Jack Warner, Judy Davis is gossip columnist Hedda Hopper while Dominic Burgess is Crawford and Davis' co-star, Victor Buono. 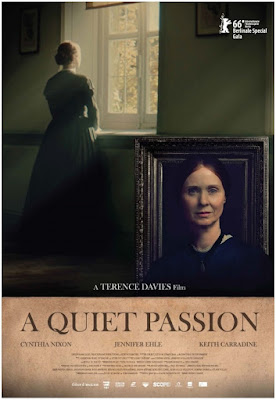 And to stay in the period set waters, here's the first trailer for new drama movie A QUIET PASSION which is out this November starring Sex and the City's Cynthia Nixon as  famous American poet Emily Dickinson in the story that follows her from her early days as a young schoolgirl to her later years as a reclusive, unrecognised artist. Jennifer Ehle plays her sister in the movie, with Keith Carradine also in the cast. Terence Davies, helmer of recent critically acclaimed sensual dramas Sunset Song and Deep Blue Sea is directing this one.