'THE 9TH LIFE OF LOUIS DRAX'
STUNNING NEW POSTER!
We're having a Jamie Dornan Sunday, spylings, but I'm sure you won't mind! That Irish hunk has new posters for two of his upcoming movies 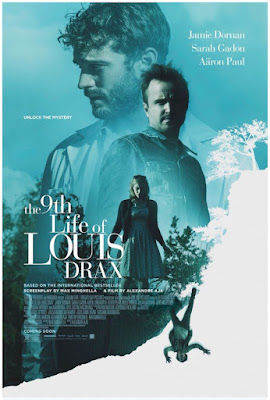 and you can enjoy them today! First, a gorgeous new poster for Jamie Dornan's THE 9TH LIFE OF LOUIS DRAX!
Out this September it also stars Sarah Gadon, Aaron Paul, Oliver Platt and  Barbara Hershey. The story begins on Louis Drax's 9th birthday, when a lifetime of curious mishaps culminates in the boy's near-fatal fall. Desperate to reveal the strange circumstances behind the young boy's accident and dark coincidences that have plagued his entire life, Dr. Allan Pascal (Jamie Dornan) is drawn into a thrilling mystery that explores the nature of the sixth sense, testing the boundaries of fantasy and reality. 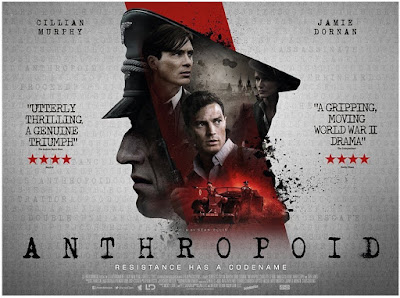 extraordinary true story of Operation Anthropoid, the WWII mission to assassinate SS General Reinhard Heydrich, the main architect behind the Final Solution and the Reich's third in command after Hitler and Himmler.