HARVEY KEITEL IN 'MADAME'
Two dinner set movies today, for you, spylings, starting with Parisian comedy MADAME which has just cast our most beloved  Australian actress Toni Collette and her Australian colleague Harvey Keitel to play wealthy American couple Anne and Bob living in Paris who decide to give a high class dinner for a dozen distinguished diners. The last minute arrival of Bob’s son from his first marriage suddenly takes the number of guests to 13. The superstitious Anne asks housemaid Maria (Rossy de Palma) to change her uniform and pretend to be a wealthy Spanish friend. In this guise, she is seated beside David, an art expert and British aristocrat. He falls for her charms and asks to see her again. Continuing the masquerade, Maria embarks on a romance. Anne’s world is thrown into a spin as Maria’s new found happiness exposes her own loveless marriage and shakes the foundations of her elitist social beliefs. She sets out to destroy the budding love affair. 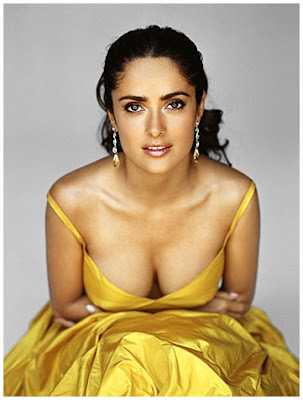 Meanwhile, as 'Deadline' reports today, there will be fancy dindins over the ocean too in BEATRIZ AT DINNER  indie drama which has just added a few famous names to its cast: Salma Hayek, Chloe Sevigny and Jay Duplass are joining John Lithgow and Connie Britton! The story of the movie follows a holistic medicine practitioner who finds herself a fish out of water when her car breaks down at a wealthy client’s house and she joins a celebratory dinner party. 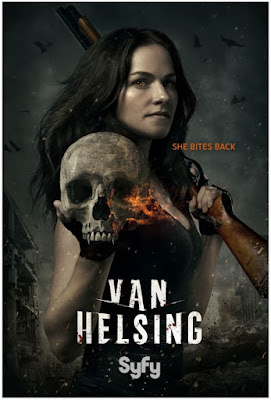 sure what to think. It seems that SyFy has again gone the very cheap way.
VAMPIRE HUNTER
Premièring on September 23rd (with the pilot episode being aired this weekend to wet your appetite or turn you away, depends),  the 13 episode series, from Neil LaBute, will focus on Vanessa Helsing (Kelly Overton, whose acting seems beyond painful in the first clips), the latest in a long line of famed monster hunters. The series will feature an intriguing twist on the Dracula story, with Vanessa being resurrected in a future in which vampires 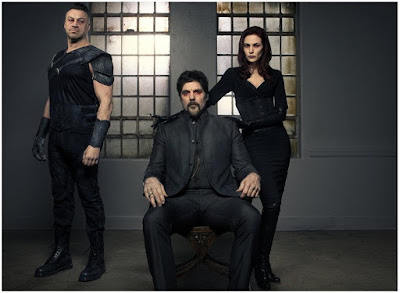 rule the world. Discovering that she holds a mysterious power over them Vanessa must lead what’s left of humanity against the vampires in a post-Rising world.