JAMES NORTON TO LEAD
'MCMAFIA' NEW BBC DRAMA
Well, I certainly wanted him in a new historical series, but I guess we should be lucky to see him in anything new as long as he is on our

small screens on a weekly basis: British thespian James Norton will play a Russian man again after War and Peace, this time in new BBC series MCMAFIA.
The story delves into how, with the rise of globalization, the corporate has become criminal and the criminal corporate and how, driven by the global demand for cheap products, everyone is complicit in some way. Norton will play Alex Godman, the English raised son of Russian exiles with a mafia past. Godman has spent his life trying to escape that shadow, building his own legitimate business and forging a life with his girlfriend. But when his family’s past murderously returns to threaten them, Alex is drawn into the criminal world and forced to confront his values to protect those he loves. He soon finds himself embroiled in an underworld that stretches from London to Moscow, Dubai to Mumbai and Africa to the Americas!


'FINDING ALTAMIRA' TRAILER
WITH ANTONIO BANDERAS
Sometime ago I've shown you the international one, but now you can check out the first, rather gorgeous, English trailer for Antonio 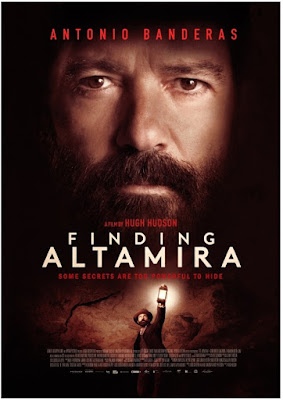 Banderas movie FINDING ALTAMIRA! Also starring Rupert Everett it tells the true story of a little girl and her father Marcelino Sautuola who discovered the now famous pre-historic cave paintings at ALTAMIRA. However, the find brought disgrace on the family and the wrath of the Catholic church, who thought that the claim of ten thousand year-old art was an attack on the ‘truth’ of the Bible. Looking for the truth, Sautuola spent the rest of his life fighting to prove that those paintings were real, trying to restore his innocence from the accusations of falsehood launched against him.