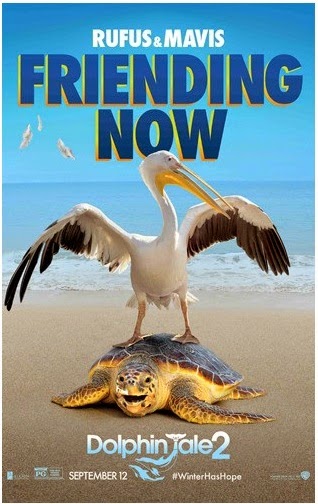 LOVELY NEW POSTERS ARE HERE
We're having a family Monday today at HOLLYWOOD SPY with new pics and posters from upcoming family movies, starting with the charming new posters for the DOLPHIN TALE 2 sequel which will swim into theatres this October! It has been several years since young Sawyer Nelson and the dedicated team at the Clearwater Marine Hospital, headed by Dr. Clay Haskett (Harry Connick Jr), rescued Winter. With the help of Dr. Cameron McCarthy 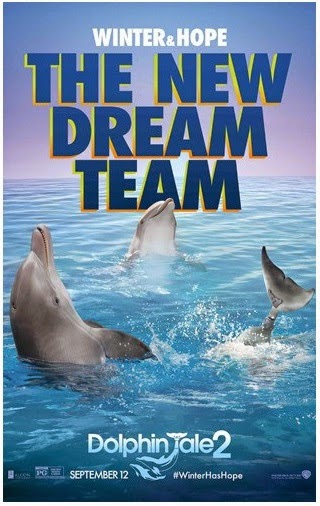 (Morgan Freeman), who developed a unique prosthetic tail for the injured dolphin, they were able to save her life. Yet their fight is not over. Winter's surrogate mother, the very elderly dolphin Panama, has passed away, leaving Winter without the only poolmate she has ever known. However, the loss of Panama may have even greater repercussions for Winter, who, according to USDA regulations, cannot be housed alone, as dolphins' social behaviour requires them to be paired with other dolphins. Time is running out to find a companion for her before the team at Clearwater loses their beloved Winter to another aquarium. Ashley Judd is also in the cast.

THE GOOD DINOSAUR
1ST POSTER FOR PIXAR'S MOVIE
Another thing to check out today is the first poster for Pixar's THE GOOD DINOSAUR which is expected in cinemas in December 2015 following animated adventures of Arlo, a 70-foot-tall teenage 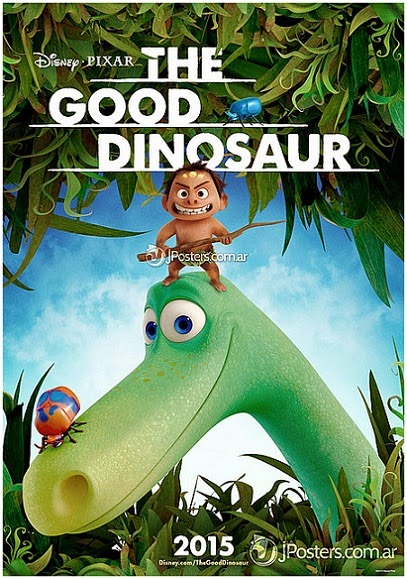 After the huge successes of FROZEN, TANGLED and BRAVE, all eyes are turned over at Disney in anticipation of their new animated movies in the hope that we could get another classic set of animated characters and another memorable fairy tale on the big screen. Planned to appear in cinemas in March 2018 is MOANA, an exotic Polynesian story, set 2000 years ago, of Moana Waialiki, a sea voyaging enthusiast, and the only daughter of a chief in a long line of navigators. When her family needs her help, she sets off on an epic journey. The film will also include demi-gods and spirits taken from real mythology.
DID YOU KNOW?
Ron Clements, who helmed THE LITTLE MERMAID, ALADDIN, HERCULES and THE PRINCESS AND THE FROG is directing together with John Musker who co-directed all those movies together with him. Mark Mancina (THE LION KING, TARZAN, PLANES) is composing the music. MOANA will be Disney's first Polynesian princess! And since Disney's previous movies had adjectival titles, the are rumours that MOANA could be changed into SPIRITED! Before this Disney will release GIANTS classic animated movie based on JACK AND THE BEANSTALK, and after it comes KING OF THE ELVES in 2019 about a band of elves living in modern day Mississippi delta.