CAPTAIN COLD IN 'THE FLASH'  NEW TV SHOW OVER AT CW
One of CW's most anticipated of the new shows THE FLASH has just got itself a huge addition to the cast: Wentworth Miller will play Captain Cold in the superhero series!  Launching October 7th the ARROW spinoff series will see Grant Gustin playing scientist Barry Allen, who suffers a freak accident that turns him into a superhero with the power of incredible speed. Rick Cosnett, Tom Cavanagh, John Wesley Shipp, Danielle Panabaker are also in the cast. Captain Cold is the bitter enemy of THE FLASH, he doesn't have superpowers but he possesses a freeze gun that allows him to freeze objects to absolute zero, to create cold fields, to create ice beams! Wentworth will guest star in the series and the producers are planning to use as many of the characters from the comic books as possible in the series. 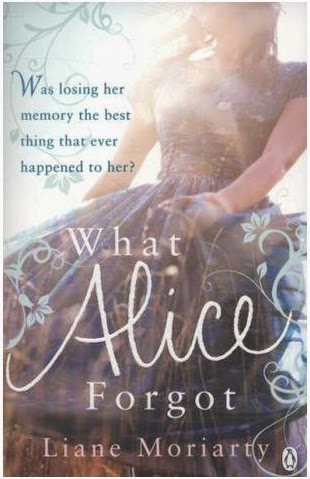 WHAT ALICE FORGOT
And I have two updates for you on new big screen book adaptations, starting with Lianne Moriarty's bestselling novel WHAT ALICE FORGOT which will get a movie version over at TriStar with DEVIL WEARS PRADA's David Frankel directing! The story follows a woman who wakes up after a head injury with no memory of the last 15 years. She discovers her once-happy life is gone – she’s now a divorced single mother who must decide whether to start over or fix her relationships.
JOJO MOYES' ME BEFORE YOU
Another novel to get a new life in cinemas is ME BEFORE YOU by Jojo Moyes. To be directed by stage director Thea Sharrock (this will be her movie debut) 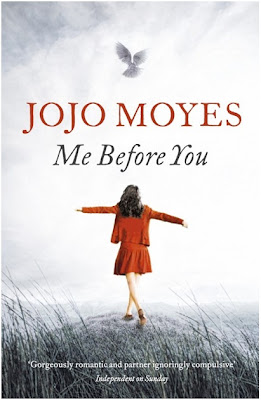 and set for August 21st 2015 release, the Warner Bros. movie follows Lou, a small-town girl caught between dead-end jobs, and Will, a high-profile, successful man who becomes wheelchair-bound following an accident. Will has decided his life is not worth living until Lou is hired for six months to be his new caretaker. Worlds apart and trapped together by circumstance, the two get off to a rocky start. But, Lou becomes determined to prove to Will that life is worth living, and as they embark on a series of adventures together, each finds their world changing in ways neither of them could begin to imagine. The book has already been sold for translation in over 30 countries!
Posted by DEZMOND at 2:00 PM