Since it is the holiday over in USA shall we go Wild West today? 'Deadline' has announced that Thor's lil' brother Liam Hemsworth and Woody Harrelson will star in revenge Western BY WAY OF HELENA! The two of them will head the cast in Kieran Darcy Smith (WISH YOU WERE HERE) directed movie. Hemsworth will star as David, an 1880s Texas Ranger sent to an isolated frontier town to investigate a series of mysterious murders. There he squares off against Harrelson as a local preacher named Abraham who holds the townsfolk in a fearful grip.

DID YOU KNOW?
While Woody Harrelson is preparing to star in NOW YOU SEE ME 2 heist movie sequel, Liam Hemsworth will also star in THE DRESSMAKER in which Kate Winslet is a glamorous woman who returns to her small town in rural Australia. With her sewing machine and haute couture style, she transforms the women and exacts sweet revenge on those who did her wrong.


1ST 'SUITE FRANCAISE' IMAGES
MICHELLE WILLIAMS, KRISTIN SCOTT THOMAS, MATTHIAS SCHOENAERTS
And the only other thing I have for you today (since it will be a very poor few days due to the holidays in Hollywood) are the first pictures from sweeping World War Two drama SUITE FRANCAISE 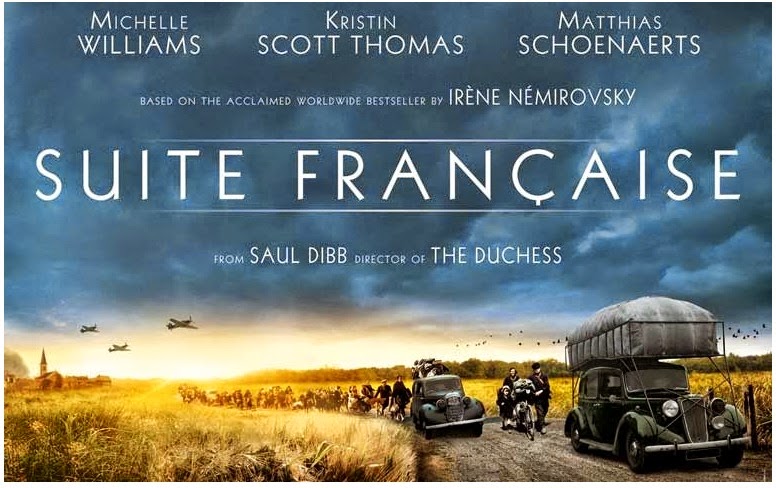 which will arrive to cinemas sometime this year. The big screen adaptation of the bestselling novel by  Irene Nemirovsky is directed by Saul Dibb (THE DUCHESS) and is boasting a rather stellar cast 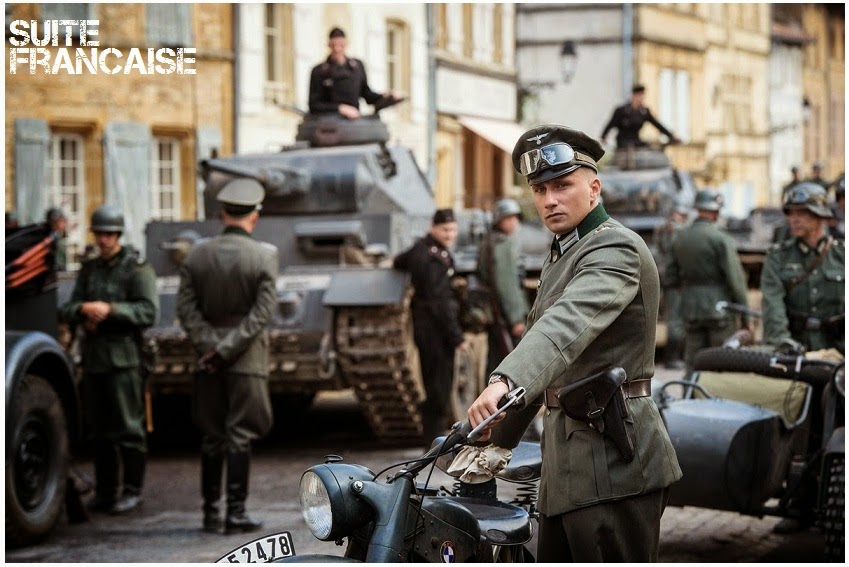 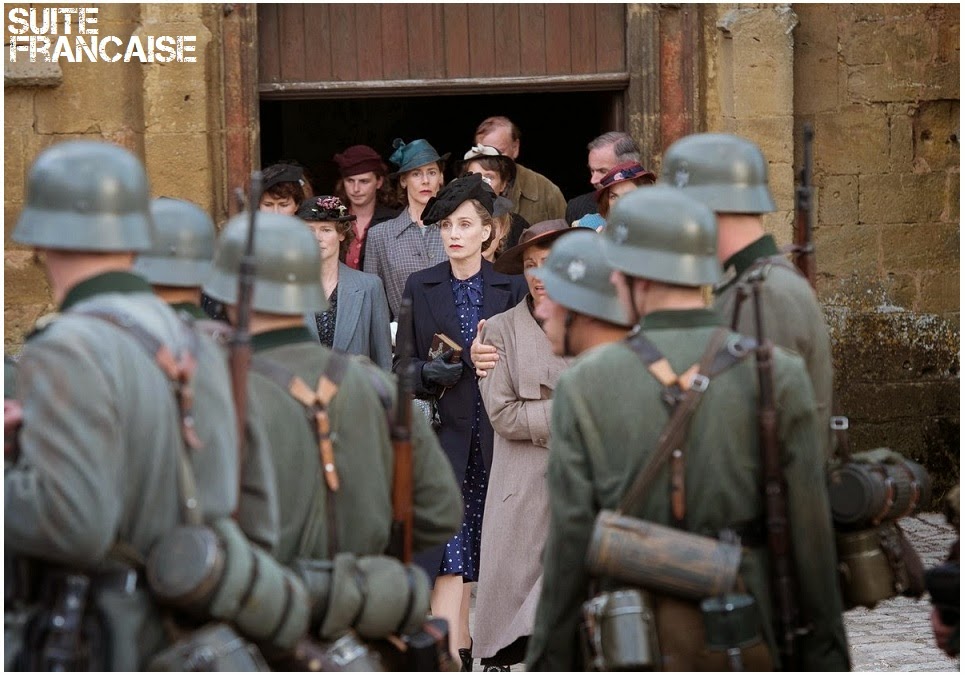 The story is set in France, 1940. In the first days of occupation, beautiful Lucile Angellier is trapped in a stifled existence with her controlling mother-in-law as they both await news of her husband: a prisoner of 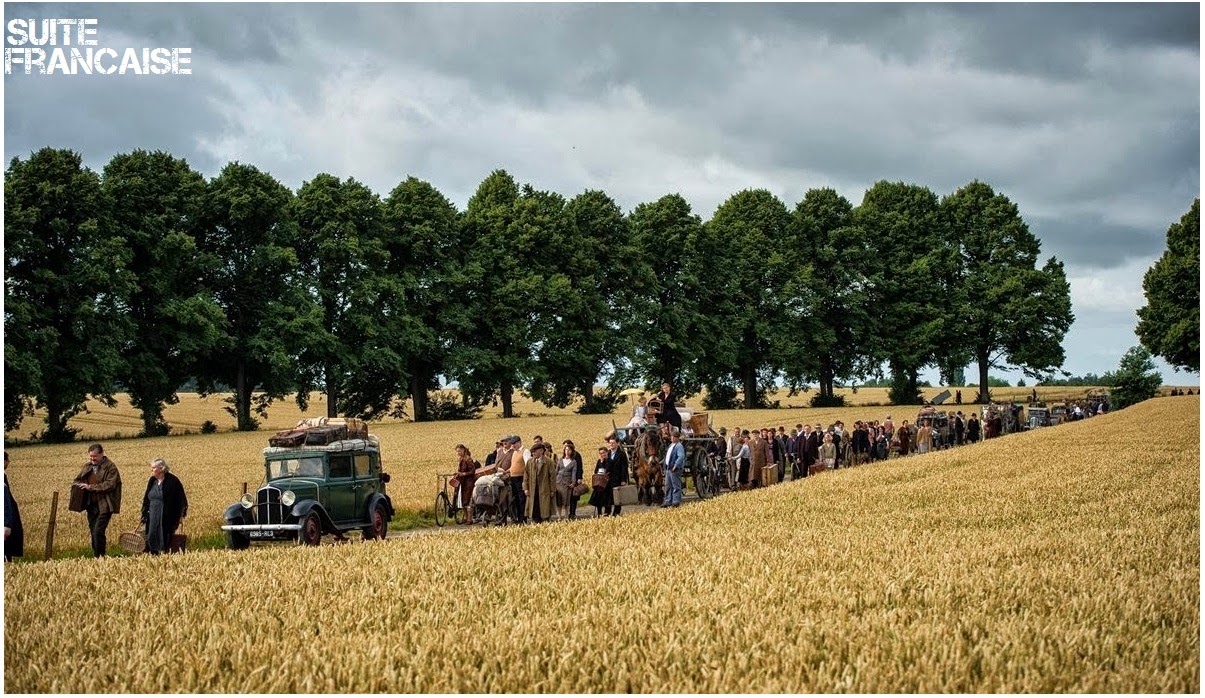 war. Parisian refugees start to pour into their small town, soon followed by a regiment of German soldiers who take up residence in the villagers' own homes. Lucile initially tries to ignore Bruno von Falk,the 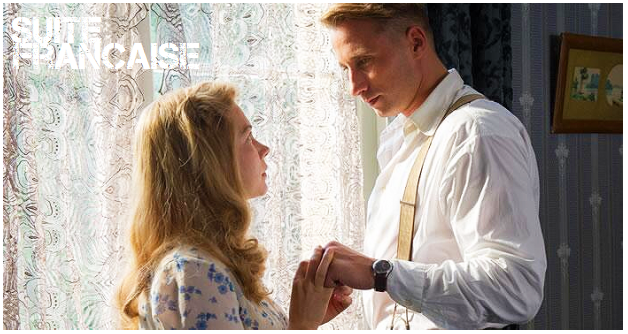 handsome and refined German officer staying with them. But soon, a powerful love draws them together and leads them into the tragedy of war.
Posted by DEZMOND at 2:30 PM