1ST 'A LITTLE CHAOS' IMAGES
KATE WINSLET AT THE COURT OF THE SUN KING LOUIS XIV
Two indie treats for you this slow weekend, people, starting with the first images from Kate Winslet's lovely period set drama A LITTLE CHAOS which should arrive into cinemas sometime later this year. 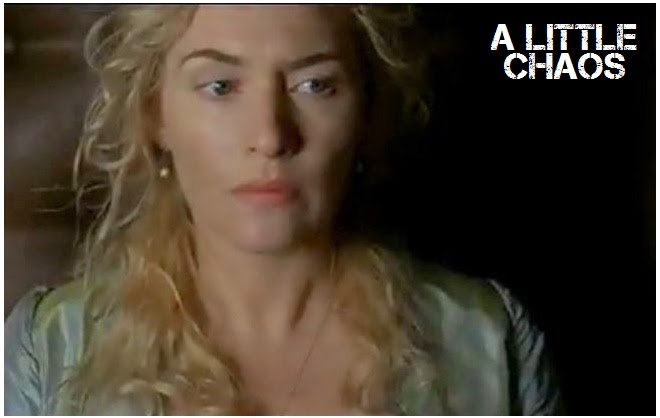 The pictures are not of the best quality but they will do until we get the first trailer. Kate Winslet plays a female landscape gardener who is awarded the esteemed assignment to construct the grand gardens

at Versailles, a gilt-edged position which thrusts her to the very centre of the court of the Sun King Louis XIV (Alan Rickman who also directs the movie). Can she overcome the challenges of this new and

complex world, and the ghosts of her own past tragedy, to secure a future with the man she loves? Matthias Schoenaerts plays her love interest, with Stanley Tucci and Jennifer Ehle also in the cast. 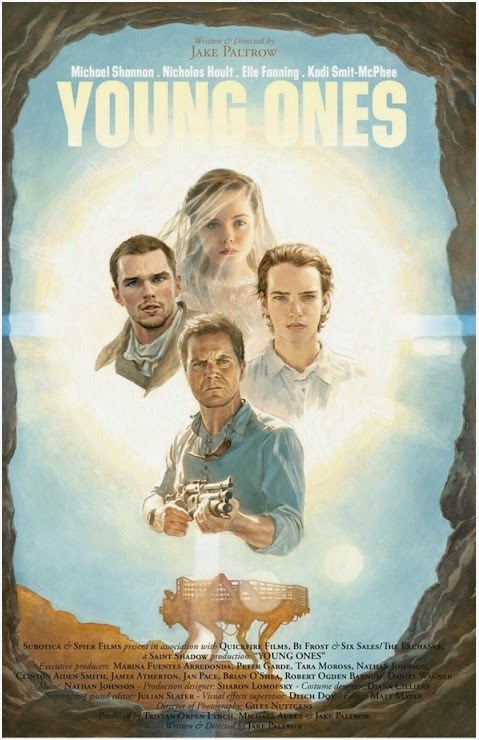 NICHOLAS HOULT & ELLE FANNING
Another something first, but this time a trailer and a poster, comes from science fiction drama YOUNG ONES which, both written and helmed by Gwyneth's brother Jake Paltrow, comes to theatres this October. This highly stylized and intense sf action movie is set in a near future when water has become the most precious and dwindling resource on the planet, one that dictates everything from the macro of political policy to the detailed micro of family and romantic relationships. The hardened survivors of the loss of Earth's precious

resources scrape and struggle. Ernest Holm (Michael Shannon) lives on this harsh frontier with his children, Jerome (Kodi Smit-McPhee) and Mary (Elle Fanning). He defends his farm from bandits, works the 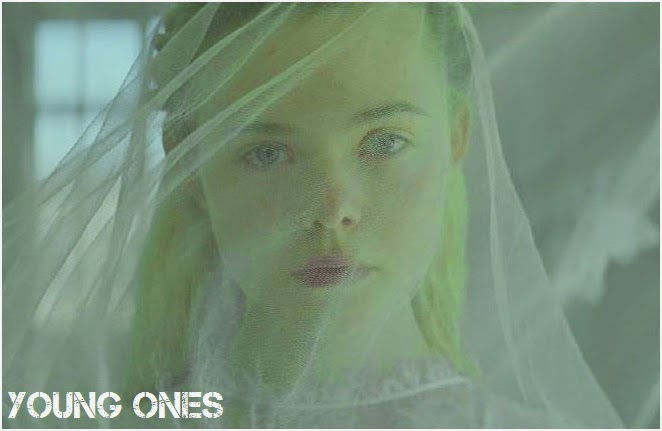 supply routes, and hopes to rejuvenate the soil. But Mary's boyfriend (Nicholas Hoult), has grander designs. He wants Ernest's land for himself, and will go to any length to get it.
Posted by DEZMOND at 2:00 PM