CHARMING 'MY OLD LADY' TRAILER WITH KEVIN KLINE & MAGGIE SMITH! THOMAS JANE TO TOPLINE SYFY'S 'THE EXPANSE' SF SERIES! CHRIS PRATT IN 'GUARDIANS OF THE GALAXY' PHOTOSHOOT WITH A RACCOON 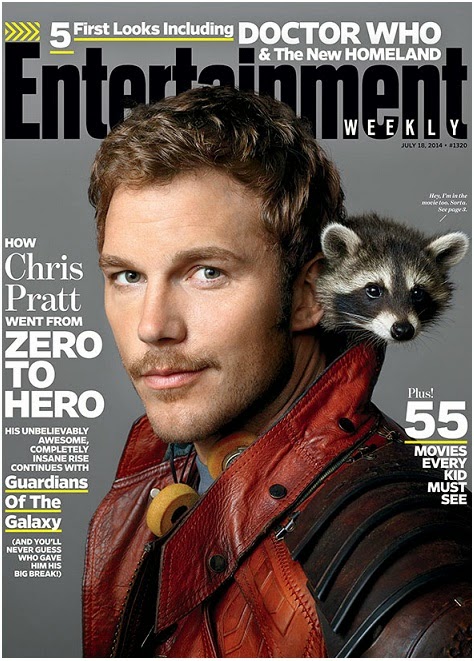 session with the most adorable of partners - a delightful little coon! He is promoting the upcoming sf adventure which arrives into theatres August 1st also starring Zoe Saldana, Lee Pace, Glenn Close, Vin Diesel and Bradley Cooper. Pratt plays brash adventurer Peter Quill who finds himself the object of an unrelenting bounty hunt after stealing a mysterious orb coveted by Ronan (Lee Pace), a powerful villain with ambitions that threaten the entire universe. To evade the ever-persistent Ronan, Quill is forced into an 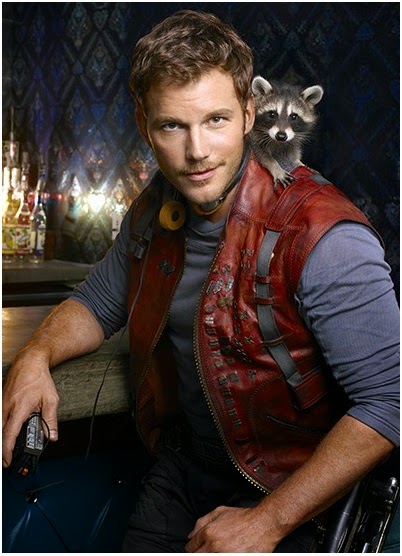 uneasy truce with a quartet of disparate misfits— Rocket (Bradley Cooper), a gun-toting raccoon, Groot (Vin Diesel), a tree-like humanoid, the deadly and enigmatic Gamora (Zoe Saldana) and the 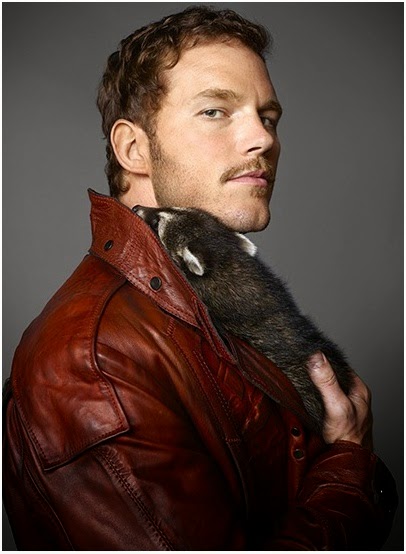 revenge-driven Drax the Destroyer (Dave Bautista). But when Quill discovers the true power of the orb and the menace it poses to the cosmos, he must do his best to rally his ragtag rivals for a last, desperate stand — with the galaxy's fate in the balance.

SF TV SERIES 'THE EXPANSE'
In today's television news, SyFy has found the lead actor for their new science fiction thriller series THE EXPANSE in Thomas Jane. In the ten episode series based on the sf novels by James S.A. Corey, Jane will play Detective Miller: a cop in the intergalactic series who discovers a conspiracy while working in the asteroid belt between Mars and Jupiter. As I told you before, Jane will first star in historical mini series TEXAS RISING over at History which will describe the historical rise of the Texas Rangers against Mexico. That one will also star Bill Paxton, Brendan Fraser, Ray Liotta, Chad Michael Murray, Olivier Martinez....

Kline as a down and out American who moves to Paris to claim a house willed to him by his estranged father. There he discovers he must wait

for the current tenant, a spunky nonagenerian (Maggie Smith), to pass before he can assume ownership per French law. Kristin Scott Thomas plays her daughter.