After Bradley Cooper has decided to play Lucifer in PARADISE LOST epic, Relativity has lost its lead actor for the remake of famous 90's classic THE CROW, which, as you remember, 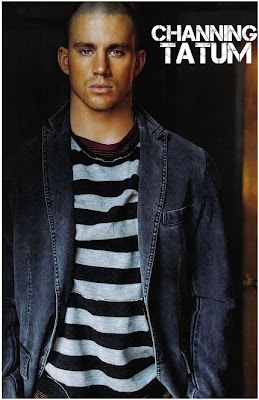 revolved around a musician who is murdered while trying to save his fiancée from thugs and then comes back from the dead with the help of supernatural forces seeking revenge. "Heat Vision" has a new gossip about Channing Tatum being one of the lead candidates for the coveted role. The remake is helmed by Juan Carlos Fresnadillo whom you remember from 28 WEEKS LATER. Well this could be really cute: using currently two very popular and talented comedians, lovely Melissa McCarthy and charming Jason Bateman ID THEFT will see Bateman's character's identity getting stolen by Melissa's character. The role of the thief was first supposed to be male, but Universal has decided to give it to McCarthy who became amazingly famous after BRIDESMAIDS. 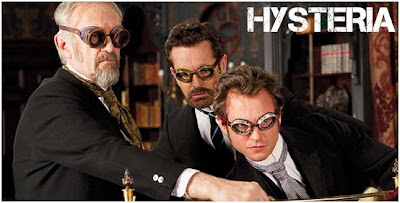 Rupert Everett, HYSTERIA follows a doctor in London treating cases of hysteria, a condition said to be characterized at the time by a woman's irritability, anger or unexplained tears. He and his best friend will experiment with a new electrical device for treatment for the ailment. Don't miss the end of the trailer! :) 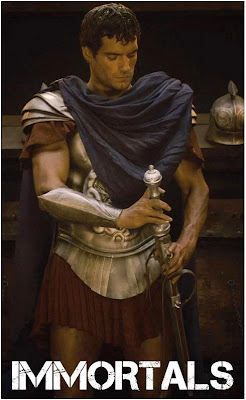 groundbreaking, mindblowing, earthshaking :) Greek epic which will follow brave Theseus (Henry Cavill) who must help Gods to stop evil king Hyperion (Mickey Rourke) from stealing the legendary Epirus Bow, a weapon of unimaginable power forged in the heavens by Ares. Rallying a band of fellow outsiders, including visionary priestess Phaedra (Freida Pinto) and cunning slave Stavros (Stephen Dorff), Theseus will lead the uprising, or watch his homeland fall into ruin and his Gods vanish into legend. And speaking of Gods, they are played by Luke Evans as Zeus, Isabel Lucas as Athena and Kellan Lutz as Poseidon, and you can see quite a bit of them in the new trailer (Athena especially).