After two weeks of voting, the third part of WHO IS YOUR FAVOURITE AUSTRALIAN STAR poll is over and the winner with 35% of your votes is Toni Collette, who left Jesse Spencer (19%) and Sam Worthington (17%) behind her. 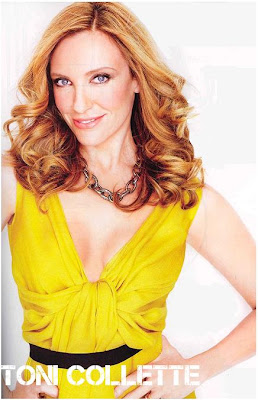 Toni Collette is larger than life. We knew that from the first time we saw her in the cult Australian film MURIEL'S WEDDING in which she gave the most intelligent portrayal of a girl captured in the world which constantly puts her down. She was also absolutely flawless playing devoted mothers in unusual situations in LITTLE MISS SUNSHINE and THE SIXTH SENSE, we also loved her in EVENING, THE DEAD GIRL, IN HER SHOES, THE HOURS, but she amazed us mostly with her charismatic portrayal of a mother with multiple personalities in UNITED STATES OF TARA. The role is one those profound and multilayered ones which can be tackled only by the most talented of actors. Toni Collette 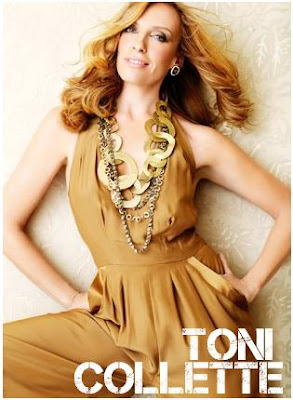 did it so flawlessly and with such stunning ease that she basically made television history with it securing herself a spot among the best living actresses.
This year we shall be watching her as a mother with a vampire in her neighborhood  in FRIGHT NIGHT beside Colin Farrell. She will also appear in heartwarming film FOSTER, where she and Ioan Gruffudd will be a couple who get an unexpected kid in their lives. Toni is also a singer, has her own band and albums, she has two kids,  was nominated for an Oscar two times, has six awards from Australian Film Institute, one Emmy and a Golden Globe, had a fling with Jonathan Rhys Meyers before she married her hubs. 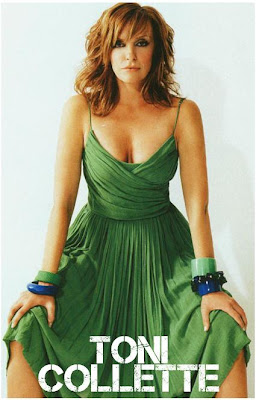 Now after the Australian stars, let us move to our new poll in which next two weeks we shall be choosing YOUR FAVOURITE SENIOR ACTOR! The nominees include eight over 70 years old thespians and living legends: Derek Jacobi (HAMLET, GLADIATOR, THE KING'S SPEECH), Anthony Hopkins (SILENCE OF THE LAMBS), Ian McKellan (LORD OF THE RINGS, X-MEN, GODS AND MONSTERS), Peter O'Toole (TROY, THE TUDORS, LAWRENCE OF ARABIA), Sean Connery (JAMES BOND), Donald Sutherland (THE PILLARS OF THE EARTH, THE EAGLE), Michael Caine (THE QUIET AMERICAN, THE CIDER HOUSE RULE) and Christopher Plummer (THE SOUND OF MUSIC, PRIEST, ALEXANDER).
Posted by DEZMOND at 2:57 PM