Now, this is quite a strong cast: Robert De Niro, Diane Keaton, Amanda Seyfried and Katherine Heigl will all star in GENTLY DOWN THE STREAM. This charming comedy 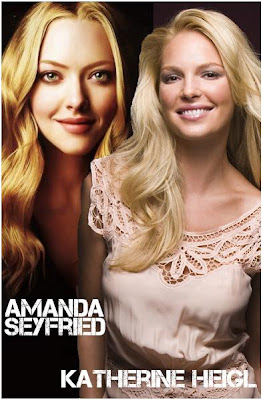 , to be directed by Justin Zackham who wrote BUCKET LIST, will see Robert De Niro and Diane Keaton playing a couple who have long since divorced but agree to pretend to be married again, for their adopted son's wedding. There still isn't any information on the roles which Amanda Seyfried and Katherine Heigl might take in the film nor who will play the adopted son.


SHORT HEADLINES *Marie Lu's novel LEGEND will be adapted into a film. The story is set in an alternate future where North America has been split up and divided into two warring 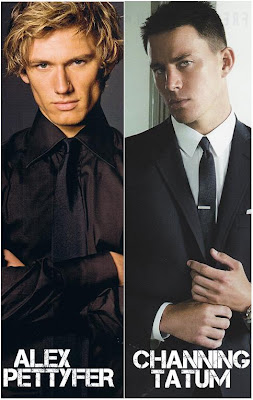 nations. It's interesting that the novel is yet to be published by Penguin in amazing 350,00 copies! *Believe it or not, Alex Pettyfer will take the lead role in MAGIC MIKE which is basically Channing Tatum's biopic following the days when he was a young male stripper. But Channing will also appear in his biopic playing his own mentor. The film will be directed by Steven Soderbergh. *As we expected after seeing horrid costumes, pictures and videos from the shooting of WONDER WOMAN, NBC has now decided to drop the unfortunate show and we shall not watch it! *It's official: Ashton Kutcher is replacing fallen Charlie Sheen in TWO AND A HALF MAN!

And here it is, the first trailer for the remake of FRIGHT NIGHT which premieres this August.  Anton Yelchin plays Charlie Brewster a young student who is running with the popular crowd 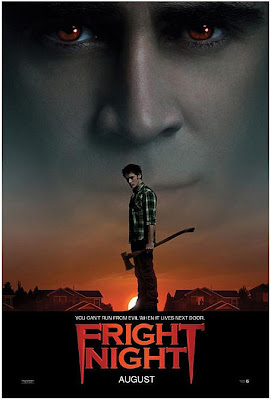 and dating the most coveted girl in his high school. In fact, he’s so cool he’s even dissing his best friend. But trouble arrives when Jerry (Colin Farrell) moves in next door. He seems like a great guy at first, but there’s something not quite right—but everyone, including Charlie’s mom (Toni Collette), doesn’t notice. After observing some very strange activity, Charlie comes to an unmistakable conclusion: Jerry is a vampire preying on the neighborhood. Unable to convince anyone, Charlie has to find a way to get rid of the monster himself. The film also stars gorgeous Imogen Poots and David Tennant as a magician-turned-vampire hunter.

PS since Blogger was down for almost a day and this Friday post was published a bit late, I shall post Saturday post tomorrow morning and not tonight. In the meantime enjoy this one :)
Posted by DEZMOND at 9:21 PM