"THE MUPPETS" ARE BACK IN THE FIRST TRAILER! "SPARTACUS VENGEANCE" BRINGS SURPRISES IN THE 2ND SEASON! VIN DIESEL IS "THE MACHINE"! HOT POSTERS FOR "X-MEN FIRST CLASS"

You already know that due to Andy Whitfield's reoccurring cancer, Starz has found his replacement for SPARTACUS in Liam McIntyre, and after showing us the prequel GODS 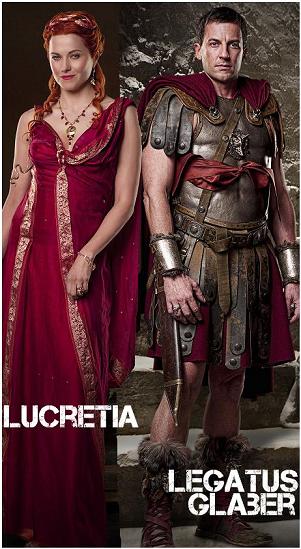 OF ARENA this winter describing the origins of the famous ludus, they are now ready to shoot the second season which will be aired in January 2012 and will probably be named SPARTA CUS VENGE ANCE . According to rumors, the 2nd season of the popular epic show will bring many surprises. Spartacus will now put his feelings aside and he will start fighting for the greater good by leading the slave rebellion. Our favourite Lucretia, played by Lucy Lawless will come back again and it will turn out that she was just badly wounded in the season finale's slaughter but not killed. And she will, off course, be very very angry :) Her husband Batiatus will not return, but Crixus, 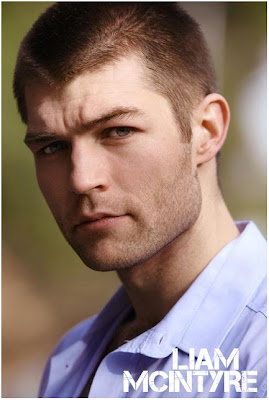 Ashur and Doctore will. We shall also watch amazing Craig Parker as legatus Glaber again since he will be chasing Spartacus and  the escaped slaves. The new season will be more massive and epic since it will have wider scope and more locations as the slaves roam the countryside killing Romans.

SHORT HEADLINES *According to "The Hollywood Reporter" Vin Diesel will star in THE MACHINE,  playing a human-like machine created in secrecy by the Pentagon as the world’s first true ultimate weapon. Twenty years after the project was buried and decommissioned for reasons unknown, the Machine is discovered by a kid who befriends him. When the government learns it has been reactivated, the Machine must protect the family harboring 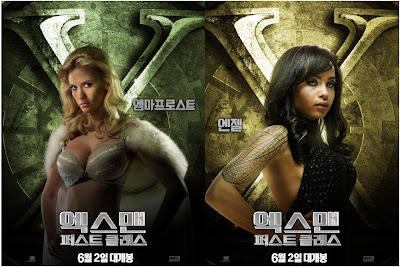 him. *June 3rd will bring us the premiere of X-MEN FIRST CLASS which will give us a retro description of the origins of Professor X (James McAvoy) and his nemesis Magneto (Michael Fassbander) so I thought I might indulge my boys with the ladies from the film - Zoe Kravitz and January Jones who plays the White Queen.

Since it's a boring start of the week, the only new trailer I can offer you today is the first one for THE MUPPETS which are coming 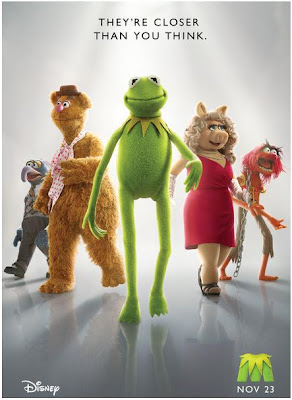 back in a new adventure this November. Joining Miss Piggy and Kermit are Amy Adams and Jason Segal who will help Walter, the world’s biggest Muppet fan, to stop an oilman who wants to destroy Muppets theater and drill oil under it. To stage The Greatest Muppet Telethon Ever and raise the $10 million needed to save the theater, Walter, must help Kermit reunite the Muppets, who have all gone their separate ways: Fonzie now performs with a Reno casino tribute band called the Moopets, Miss Piggy is a plus-size fashion editor at Vogue Paris, Animal is in a Santa Barbara clinic for anger management, and Gonzo is a high-powered plumbing magnate.
Posted by DEZMOND at 12:00 AM