To brighten up your boring Monday, I'm introducing you to lovely Clare Maguire, an almost breathtakingly talented singer from Ireland who is currently rocking Europe with her amazing LIGHT AFTER DARK album. The owner of the most sensational voice 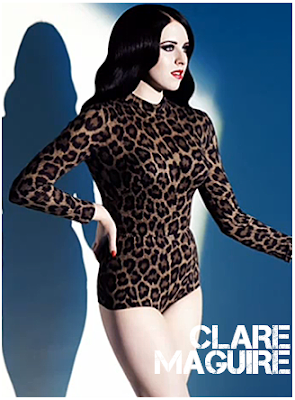 you've ever heard, Claire already has three seductive smash hits - THE LAST DANCE, my favourite which you can watch bellow, AIN'T NOBODY which has the most amazing video ever, and you can also watch her latest single THE SWORD AND THE SHIELD in the left sidebar. She has an extraordinary voice, profound charisma and she is the next big thing. She got a record deal after one of her tracks reached 500,000 plays at MySpace!

Now, that Bradley Cooper really has big plans for himself. Not only that he might play THE CROW in the remake and the Devil himself in the epic film adaptation of PARADISE LOST, he now 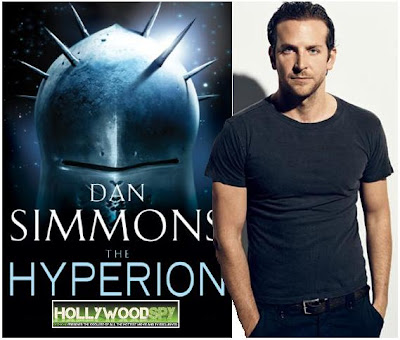 also reveals that he is writing a script for the movie adaptation of famous sf classic HYPERION by Dan Simmons. According to "MovieWeb" he is now negotiating with the producer who owns the rights on the sf saga. The story of HYPERION is set in the distant future, as a space war threatens Hyperion, a planet known for the Time Tombs - large artifacts that can move through time and are guarded by a gruesome monster called the Shrike.

I know I don't post Asian trailers often, but I saw this one at my dear Jaccsy's and it sounds and looks really marvelous and 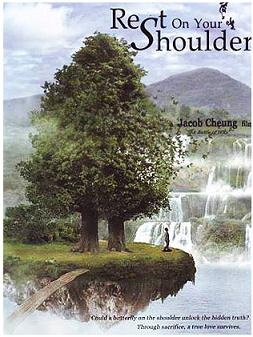 magical. Coming out this summer to Chinese cinemas, REST ON YOUR SHOULDER  is a magical fantasy romance with breath taking special effects and stunning land scapes which follows a young woman who becomes a butterfly in exchange for the recovery of her sick fiance, a biologist. Yet when he recovers from his illness, he is struck by the disappearance of his fiancee. As the three year time for her return to human form comes near, however, a plague spreads across Celestial Island. When the butterfly realizes she may hold the key to the cure, she goes on a journey to seek the truth.  Will the butterfly save the dying land from the epidemic? Will she successfully become human again after the three year limit? The film was shown at Cannes this year leaving a deep impression.

PS don't forget to visit BARDS & PROPHETS where I made a new banner for my dear L.G.Smith :) Be sure to follow her too. Other of Dezz designed banners can be seen at W.I.P. IT, HAIRNETS AND HOPES, RASHELLE WORKMAN and THAT'S WRITE.
Posted by DEZMOND at 12:00 AM