Last winter I showed you first concept art from upcoming animated epic BRAVE and now I have a picture from the film itself  showing the lovely lead character, the impetuous, tangle-haired Merida. Though a daughter of royalty, she would prefer to make her mark

as a great archer. A clash of wills with her mother compels Merida to make a reckless choice, which unleashes unintended peril on her father's kingdom and her mother's life. Merida struggles with the unpredictable forces of nature, magic and a dark, ancient curse to set things right. This Pixar's new action adventure is set in the 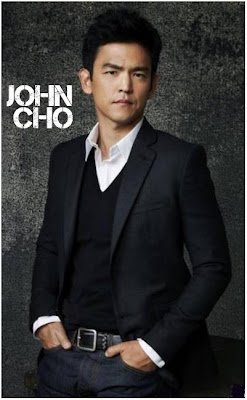 ancient times of mythic Scotland and it should premiere in summer 2012.

SHORT HEADLINES *STAR TREK's charmer John Cho has joined Colin Farrell in TOTAL RECALL remake as a salesman who convinces Farrell to implant new memories in his mind. *TV star Zac Braff has joined OZ THE GREAT AND THE POWERFUL in which he will play the assistant to Oz played by James Franco. As you know, the witches will be played by Michelle Williams, Rachel Weisz and Mila Kunis. *Orlando Bloom has been officially confirmed for THE HOBBIT! He will play his famous elven archer Legolas again. *Three big adventure films WOLVERINE 2, AKIRA and 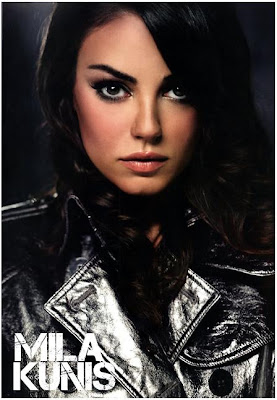 UNCHARTED: DRAKE'S FORTUNE have all lost their directors and are now searching for the new ones. *According to fresh rumors, beside Tom Hiddleston as Loki, who will be the main villain in THE AVENGERS, the super hero film might also have Thanos, a mad cosmic tyrant, as the second bad guy.

And here's the first trailer for a new comedy coming to cinemas this September I DON'T KNOW HOW SHE DOES IT, which is a film adaptation of Allison Pearson's bestseller. Starring Sarah Jessica Parker, Greg Kinnear, Pierce Brosnan, Olivia Munn, Kelsey Grammer and Christina Hendricks, the film follows a high-powered finance type (Parker, looking strange and confused in the trailer) who's also the mother of two young children, and a wife of a man 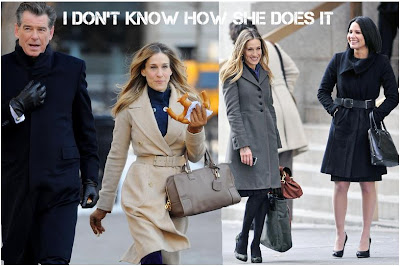 who doesn't work (Kinnear) and she is trying to balance the many competing elements in her life. Hendricks and Munn (who looks stunning in the trailer) are playing her best friends. The film is directed by Douglas McGrath (EMMA, NICHOLAS NICKLEBY).

And don't forget that this Sunday I'm bringing you HOLLYWOOD SPY'S GUIDE THROUGH SUMMER 2011 ROMANTIC FILMS! For all my ladies :) Lots of posters and trailers!
Posted by DEZMOND at 12:00 AM