Although he started quite big (AVATAR, TERMINATOR, CLASH OF TITANS) Sam Worthington has ended up starring in peculiar 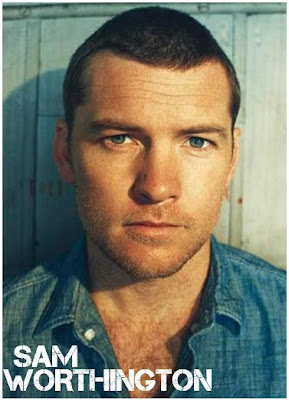 action flicks. He will now take the lead role in THE LAST DAYS OF AMERICAN CRIME, an adaptation of Radical comic book to be directed by F. Gary Gray. Set in the future, the story follows attempts of American government to eradicate crime by broadcasting  a signal which makes committing crime impossible. To keep this from the public, the government creates a distraction, installing a new currency system using digital charge cards.  Graham Brick is a career criminal who 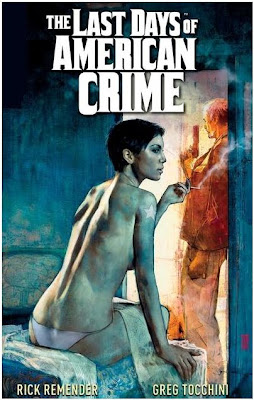 intends to steal one of the charging stations, skip the country and live off unlimited funds for the rest of his life. But the media has leaked news of the anti-crime signal one week before it was to go live and now Graham has just a few days to turn the crime of the century into the last crime in American history.

Now, here's a positively crazy film. THE PIRATES! BAND OF MISFITS will be a stop motion 3D animated film coming to cinemas in 2012.  In it, Hugh Grant is the luxuriantly bearded Pirate Captain - a boundlessly enthusiastic, if somewhat less-than-successful, terror of the High Seas. With a rag-tag crew at his side (Martin Freeman, Brendan Gleeson, Russell Tovey and Ashley Jensen), and seemingly blind to the impossible odds 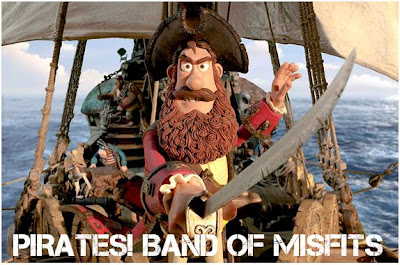 stacked against him, the Captain has one dream: to beat his bitter rivals Black Bellamy (Jeremy Piven) and Cutlass Liz (Salma Hayek) to the much coveted Pirate Of The Year Award. It's a quest that takes our heroes from the shores of exotic Blood Island to the foggy streets of Victorian London. Along the way they battle a diabolical queen (Imelda Staunton) and team up with a haplessly smitten young scientist (David Tennant), but never lose sight of what a pirate loves best: adventure!
Posted by DEZMOND at 12:00 AM