Ah, that darn Bradley Cooper, he seems to be mentioned in every other big role and never seems to get any of them. In the latest gossip, he might take the lead role in the huge movie 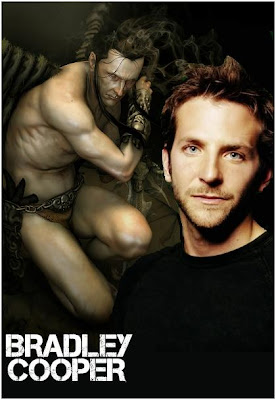 adaptation of famous PARADISE LOST 17th century epic poem by John Milton. And he might play Lucifer himself.  To be directed by Alex Proyas, the film will describe the epic war in heaven between archangels Michael and Lucifer, including the latter's role in Adam and Eve's fall from grace. The expensive movie will also have huge scenes of aerial warfare and all of that is going to be filmed in 3D. As you remember Bradley has been mentioned lately as possible lead actor in THE CROW remake too.

SHORT HEADLINES *Now, although I'm not interested in SNOW WHITE AND THE HUNTSMAN, thanks to its lead actress Kristen Stewart, the film does have Charlize Theron as the Evil Queen and now it has a great prince too. My favourite 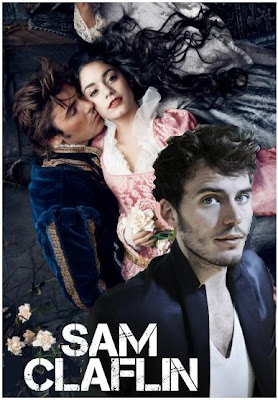 young Brit Sam Claflin (PILLARS OF THE EARTH, PIRATES OF THE CARIBBEAN) just got the part in the film which might also get Chris Thor Hemsworth as the Huntsman. *Meanwhile, Tarsem's BROTHERS GRIMM: SNOW WHITE just got Nathan Lane to play the servant of the Evil Queen Julia Roberts. He will be magnificent! Tarsem is a genius. *Wes Bentley is the new addition to the HUNGER GAMES cast. He will play the Head Gamemaker Seneca Crane! *Brendan Fraser and Vanessa Hudgens will star in GIMME SHELTER, an indie drama about a pregnant, homeless teen (Hudgens), who flees her abusive mother and seeks out her biological father (Fraser) who fathered her as a result of a fleeting moment of passion and intimacy. He takes her in at first, but then throws her out of the house when she refuses to get an abortion. 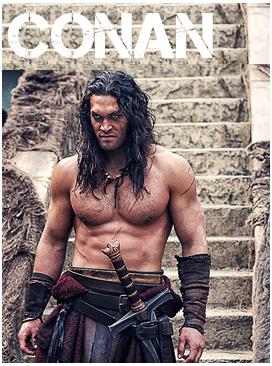 Today's trailer treat comes in the form of the scantily clad hero CONAN THE BARBARIAN. The first official and opulent trailer promotes August film starring Jason Momoa, Rose McGowan (whom you might not recognize in the trailer as the witch), Stephen Lang, Ron Perlman and gorgeous Rachel Nichols. The remake of the famous 80's classic will follow the new adventures of the famous barbarian brute. A quest that begins as a personal vendetta for the fierce Cimmerian warrior soon turns into an epic battle against hulking rivals, horrific monsters, and impossible odds, as Conan realizes he is the only hope of saving the great nations of Hyboria from an encroaching reign of supernatural evil.