According to "Deadline" two popular and beloved British stars Colin Firth and Emily Blunt could soon star together. They will 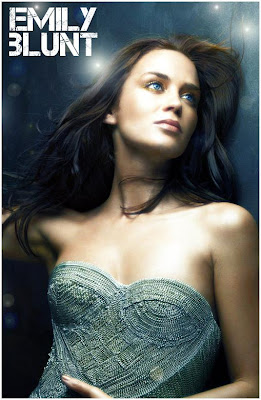 star in an untitled comedy written by Becky Johnston (THE PRINCE OF TIDES, SEVEN YEARS ON TIBET), in which Colin Firth will be a man who hates his job and is hated by his ex-wife and son. Feeling he missed his one shot at living the dream, he fakes his death and buys a new identity. Along the way he meets a woman (Emily Blunt) who is also trying to leave her past behind. The pair break into empty homes and pose as the absent owners. The two find a kinship despite all the lying.

Now, this is quite a strange twist to the classic story I must say: based off characters from the J.M. Barrie famous story, a new 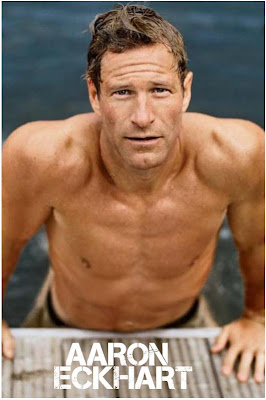 thriller PAN will see Aaron Eckhart and Anna Sophia Robb portraying Hook and Wendy, although they will not be the same characters from the storybook. Hook is actually a modern-day detective, tormented by a kidnapper. Wendy is the lone survivor of this kidnapper, who leaves an asylum to help Hook track him down. Sean Bean is also a part of this cast in which he will take the role of Smee, the head detective who is Hook's only friend on the police force.

Check out a charming new trailer for this summer's comedy THE CHANGE-UP,   in which popular comedian Jason Bateman 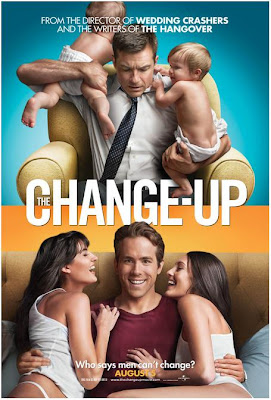 plays a married guy and a responsible family man who switches bodies with his best friend a lazy man-child played by Ryan Reynolds  who wants to woo his co-worker by presenting a different image of himself. Premiering August 5th, this charming comedy also stars gorgeous Olivia Wilde and Leslie Mann besides legendary Alan Arkin. The film is directed by David Dobkin (whom we remember from WEDDING CRASHERS and SHANGHAI KNIGHTS) and written by the screenwriters of THE HANGOVER.
Posted by DEZMOND at 12:05 AM