STEPHEN FRY IN "THE HOBBIT"! ED SPELEERS MIGHT BE THE LEAD IN "THE MORTAL INSTRUMENTS"! JONNY LEE MILLER JOINS JOHNNY DEPP IN "DARK SHADOWS"! TOPHER GRACE IN "GENTLY DOWN THE STREAM"

Now, since THE HUNGER GAMES got their male stars in Josh Hutcherson and Liam Hemsworth another teen project has started a hunt for the male lead. As you know another film 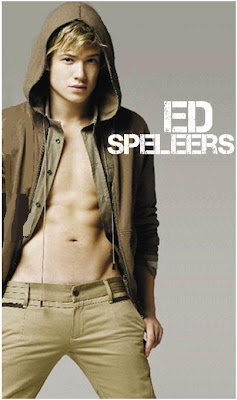 adaptation of a teen book will be the movie on Cassandra Clare's fantasy saga THE MORTAL INSTRUMENTS which follows a girl who discovers she is the descendant of a line of Shadowhunters, a secret cadre of warriors dedicated to driving demons out of our world. When her mother disappears, she must join a daring group of young Shadowhunters on an adventure, which leads her through a city filled with mischievous fairies, warlocks, werewolf gangs and other strange creatures. Lily Collins already got the lead role, and two young stars who tested for the male lead are Ed Speleers from ERAGON and Jamie Campbell Bower (who is truly horrible in CAMELOT as Arthur). I really hope Speleers gets the role! 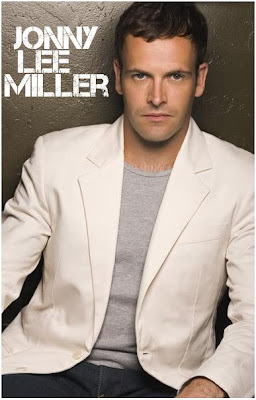 SHORT HEADLINES *And we have a new addition to the cast of THE HOBBIT. Peter Jackson has hired amazing Stephen Fry to play the master of Laketown, a city under an attack of dragon Smaug .  *Jonny Lee Miller has joined Tim Burton's DARK SHADOWS vampire comedy which already has Michelle Pfeiffer and Helena Bonham Carter besides Johnny Depp who will take the lead role of Barnabas the vampire. *Dennis Quaid has joined Bradley Cooper and Jeremy Irons in THE WORDS, a story about a successful writer who discovers he has to pay a price for stealing another man's work. 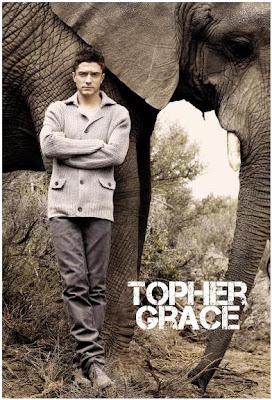 The movie I mentioned a few days ago, GENTLY DOWN THE STREAM in which Robert De Niro and Diane Keaton will play a divorced couple which pretends to be still married for their adopted son's wedding has added Topher Grace in the role of their biological son. To add to the confusion at the wedding he will fall for a sexy woman who turns out to be the sister of his adopted brother :) As you remember the amazing cast also includes two divine blonds Amanda Seyfried and Katherine Heigl.

PS don't forget that this Sunday I will be bringing you HOLLYWOOD SPY'S HUGE GUIDE THROUGH FALL 2011 NEW TV SHOWS with dozens of trailers and pictures.
Posted by DEZMOND at 12:00 AM