According to today's rumors, Warner Bros' ultra expensive $230 million film adaptation of famous manga AKIRA is about to get Keanu Reeves in the lead role of Kaneda. This is quite surprising 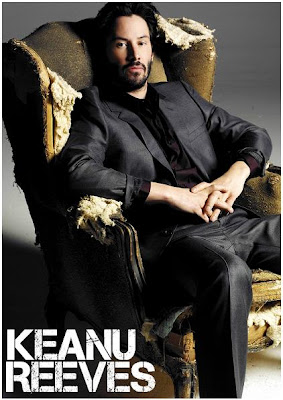 since many young actors (Keanu is almost 50) were in the run including Justin Timberlake, Michael Fassbender, Chris Pine .... but it seems the studio wants a world wide name for the risky project. The futuristic tale, set in post-nuclear war Manhattan in 2019 where a  biker gang member tries to save his best friend Tetsuo who is subjected to a government experiment which unleashes his latent powers, might have James McAvoy or Robert Pattinson in the Tetsuo role. According to rumors, Brad Pitt and Ryan Gosling had turned down the Kaneda role previously. 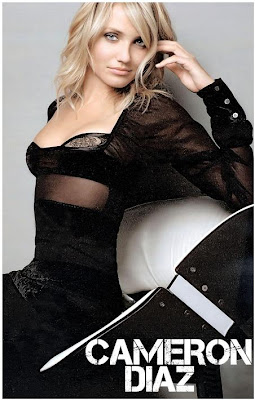 film adaptation of the huge bestseller about  five couples who are all expecting their first child. *Believe it or not Arnold Schwarzenegger and Danny De Vito are planning a sequel to one of the biggest 80's blockbusters TWINS. Their director Ivan Reitman is apparently also interested.*Kevin McDonald (EAGLE, THE LAST KING OF SCOTLAND) will direct HOW I LIVE NOW, a story about a girl who is sent from New York to UK to her relatives during summer, where she falls in love with her cousin but their love gets affected by an outbreak of an unexpected war in Europe.

Fox has released the first official trailer for their upcoming epic TV series TERRA NOVA. Produced by Steven Spielberg, and premiering this Autumn, this extremely expensive action adventure series will follow an ordinary family on an extraordinary 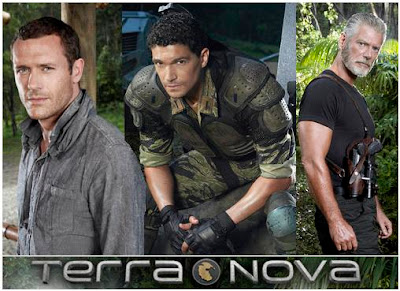 journey back in time to prehistoric Earth as a part of a massive expedition to save the human race. And of course when they find themselves back in prehistoric times they will meet the dinosaurs too :) This ambitious series is produced by people who made PACIFIC, STAR TREK ENTERPRISE, 24, LOST and JURASSIC PARK and stars charismatic Jason O'Mara in the lead role of the scientist and the father, and Stephen Lang as the main security officer in the prehistoric mission.
Posted by DEZMOND at 12:00 AM