Oooh, what better way to start a working week than with some stunning epic fantasy news :) As you know, Peter Jackson is still 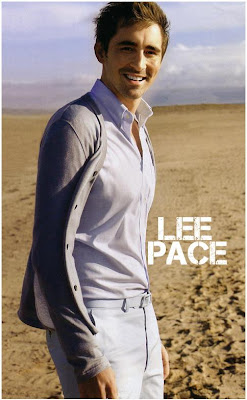 casting some new people for the roles in the mammoth production of THE HOBBIT, to add them to the long list of many actors who already played in LORD OF THE RINGS. The latest name to appear on the list, the news which Jackson announced yesterday at Facebook, is Lee Pace, whom we love heaps, and who will take the role of the Elven King Thranduil. You already know that HOLLYWOOD SPY adored Lee Pace in Tarsem's stunning fantasy film THE FALL, and Peter Jackson admits that he fell in love with Lee's acting in that film as well and that he saw him as Elven king immediately. I'm overly happy! :)

SHORT HEADLINES *R.L. Stine's kids novel IT'S THE FIRST DAY OF SCHOOL ... FOREVER will be made into a film about a boy who discovers that his second day of school is exactly 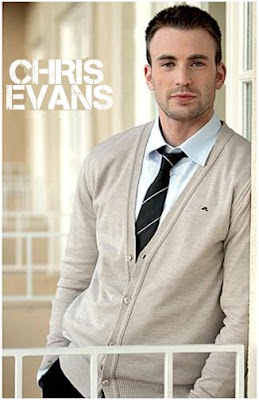 like the first day, which was actually the worst day of his life. He keeps reliving the horrible day until he can figure out a way out of this recurring nightmare. *According to fresh rumors, Chris Evans' Captain America will have a different costume in THE AVENGERS from the one he will wear this summer in his solo movie. *New updates from the HUNGER GAMES film adaptation front: Woody Harrelson could take the role of the head gamemaker Seneca Crane while Stanley Tucci could play President Coriolanus Snow. Lenny Cravitz is also mentioned as the possible addition to the cast. 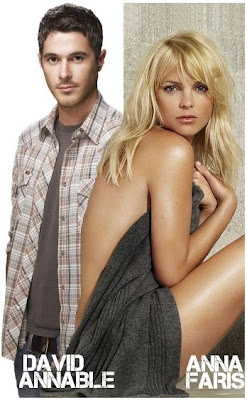 Evans, Zachary Quinto (HEROES) and David Annable (BROTHERS AND SISTERS). This lovely comedy which premieres this September also stars the new Hobbit Martin Freeman and is based on the best selling book by Karyn Bosnak about a young woman who treks through her sexual past to find Mr. Right, exploring the idea of sexual quotas and whether such numbers matter. While visiting her old boyfriends to see whether one of her old flames was actually the fire of her life, she will actually discover that love most usually sits somewhere right in front of our noses and that finding it doesn't require analysis but open eyes.