Well, it seems that patience sometimes pays off.  You probably all love Melissa McCarthy, the super adorable Sukie from GILMORE GIRLS,  and it seems 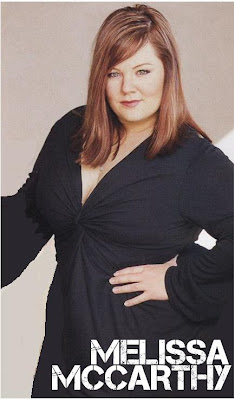 that she could finally get into Hollywood's upper league and become the first plump lady among the biggest stars. And it all happened after she stole the show and amazed everyone with her charisma and positive charm in the new film BRIDESMAIDS. Now Hollywood is thinking of creating a romcom star out of her. Her first vehicle will be an untitled comedy which she wrote herself, about a supportive wife who decides to help her husband steal the Stanley Cup after he is diagnosed with an incurable disease.

SHORT HEADLINES *Mark Millar's (KICK-ASS) upcoming comic book SUPERCROOKS will be made into a film as well. The 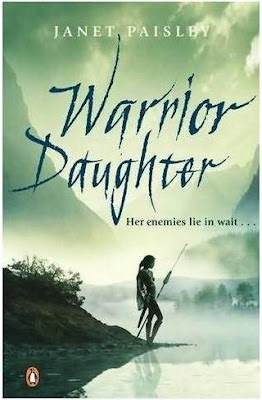 story follows a group of supervillains who decide to move to Europe and do their evil business there since Europe has no superheroes to stop them.  *According to "Screendaily" historical novel WARRIOR DAUGHTER by Janet Paisley will be adapted into a film. It will be an epic tale of a Celtic queen learning the skills that will allow her to claim her throne prior to the arrival of the Romans in Britain. *Fox has bought the rights on the yet to be published novel MISS PEREGRINE'S HOME FOR PECULIAR CHILDREN in a very heated battle with other studios. The story is set in an island orphanage where kids with strange powers are kept away from the rest of the world.

This Saturday HOLLYWOOD SPY brings you a bunch of brand new posters: HORRIBLE BOSSES a comedy in which the main 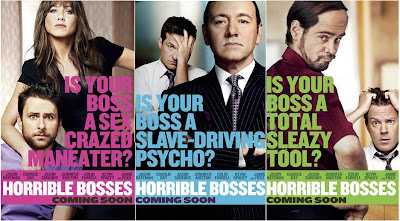 characters will try to kill their horrid and evil employers played by Kevin Spacey, Jennifer Aniston and Colin Farrell, CONAN THE BARBARIAN exciting epic in which our favourite Dothraki Jason Momoa takes famous role of the brave warrior in the new remake, FRIENDS WITH BENEFTIS an adorable story in which Justin Timberlake and Mila Kunis play more than just friends, and ANONYMOUS, Rolland Emerich's exciting period thriller on the true identity of William Shakespeare. 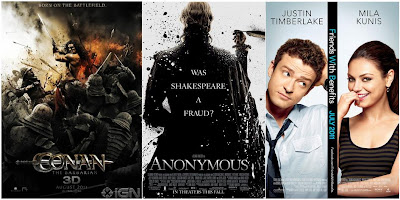 PS don't forget that this Sunday I will be bringing you HOLLYWOOD SPY'S HUGE GUIDE THROUGH FALL 2011 NEW TV SHOWS with dozens of trailers and pictures.
Posted by DEZMOND at 12:00 AM