It seems that the new cast additions to HBO's new science fiction TV series WESTWORLD keep on coming each new day: after Rodrigo Santoro, who joined Anthony Hopkins and Evan Rachel Wood with a bunch of other actors, the latest movie star to join the show is always brilliant and charismatic James Marsden. In the show, which is set in a a futuristic theme park where android residents fulfil dark desires of human visitors, James Marsden will play Teddy Flood, who is described as a mysterious new arrival to a small frontier town. Teddy quickly proves both his charm and his talent with a revolver. His pursuit of a local beauty launches him on a dark odyssey. Other new actors include Eddie Rouse, Demetrius Grosse, Kyle Bornheimer, Currie Graham, Lena Georgas, Steven Ogg and Timothy Lee DePriest.


OUTLANDER EPIC TV SERIES
HAS ONE MILLION VIEWERS EVEN BEFORE THE OFFICIAL PREMIERE
Are you ready for tonight's premiere of new fantasy epic show OUTLANDER over at Starz? To launch the series check out the most wonderful music in the opening sequence which you 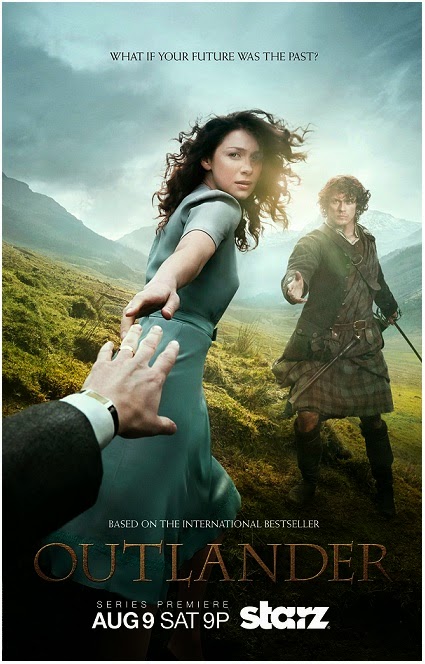 will be able to enjoy at the beginning of each of the 16 episodes (they will be divided into two 8 episode semi-seasons with a break around the New Year holidays).