JOAN COLLINS TO PLAY
ELIZABETH HURLEY'S GRAND DUCHESS MOTHER IN 'ROYALS'
Hollywood legend Joan Collins is famous for guest starring in many TV soaps: after DYNASTY she played wicked ladies in many series and sitcoms from HAPPILY DIVORCED, PACIFIC PALISADES, WILL 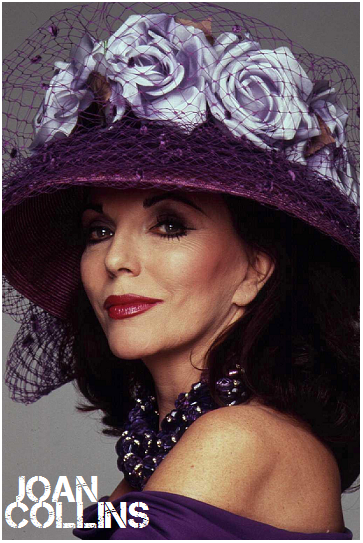 AND GRACE and FOOTBALLERS' WIVES to THE NANNY. Now she will mess up with ROYALS in E!'s first scripted TV series which will see Elizabeth Hurley play a fictional queen of England. Joan Collins will play the Grand Duchess of Oxford, who is the mother of Hurley's Queen Helena, and whose involvement in the Queen's life could lead to trouble, as she always pursues an agenda of her own. Scheduled for next year, THE ROYALS will see Queen Helena attempting to cover her son Prince Liam's (William Moseley) affair with the daughter of the palace's head of security. Vincent Regan is King Simon, while Tom Austen is a court guard who has an affair with the princess.

In short television casting news today, Ryan McPartlin has been cast in BAD JUDGE sitcom at NBC in which Kate Walsh will play a hard-living, sexually unapologetic woman whose life on the edge is constantly in balance because she also happens to be a judge in the criminal court system. Ryan McPartlin will play Billy the Fireman, her love interest.
MIRANDA OTTO IN 'WEST WORLD'
Meanwhile, over at HBO, Miranda Otto has joined Anthony Hopkins, Rodrigo Santoro, James Marsden, Ed Harris, Evan Rachel Wood, Thandie Newton in sf series WESTWORLD which is set in an amusement park inhabited by androids who serve to please human visitors. After playing the Gargoyle queen in I, FRANKENSTEIN and the princess of Rohan in LOTR, Miranda Otto will now play the manipulative head of Westworld's Quality Assurance department.


NEW MINI SERIES ON TV
SYFY'S 'CHILDHOOD'S END', WGN AMERICA'S 'TITANS' AND 'UNDERGROUND' MINI SERIES
When it comes to mini series SyFy is about to give a greenlight to CHILDHOOD'S END six episode sf series  based on Arthur C. Clarke's book about a peaceful alien invasion of Earth by the 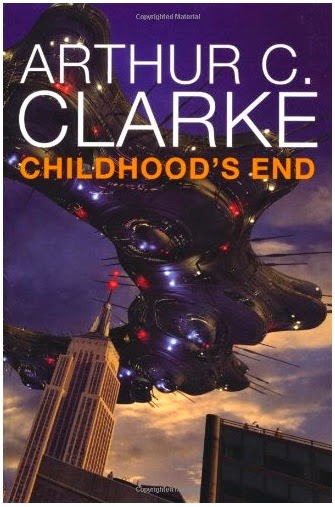 mysterious Overlords, whose arrival ends all war and turns the planet into a near-utopia! At the same time, WGN America has ordered 13 episodes of TITANS series telling the story of a family of outsiders who’ve been in the hills of Appalachia since before anyone can remember. Living off the grid and above the law on their mountaintop homestead, they’ll protect their world and defend their way of life using any means necessary. Beside ordering THE TEN COMMANDMENTS series before, they will also produce UNDERGROUND historical drama about the famous Underground Railroad used to smuggle slaves from the pre-Civil War South to the North!
Posted by DEZMOND at 2:00 PM