Probably the most present actor of the current moment - our deeply beloved and irresistibly charismatic Lee Pace, whom you are currently watching as villainous Ronan the Accuser in GUARDIANS OF THE GALAXY, and also on the small screens in HALT AND CATCH FIRE TV series over at AMC, and you will watch him as magnificent Elven king Thranduil in THE HOBBIT THE BATTLE OF THE FIVE ARMIES - has yet another new gig! According to 'Deadline' he will take the lead role in science fiction thriller PRISONER OF WAR joining Skyfall‘s Bérénice Marlohe in the story of an American soldier and a French foreign aid worker who team up in Africa amid humankind’s last stand against a cataclysmic alien invasion.


THE SECOND BEST EXOTIC MARIGOLD HOTEL TRAILER!
WITH JUDI DENCH, MAGGIE SMITH, BILL NIGHY, RICHARD GERE
And to open the weekend with something deeply delightful and positively marvellous - here's the first trailer for THE SECOND BEST EXOTIC MARIGOLD HOTEL sequel to the beloved John Madden's movie out next February. The Second Best Exotic Marigold Hotel is the expansionist dream of Sonny (Dev Patel), and it's making more 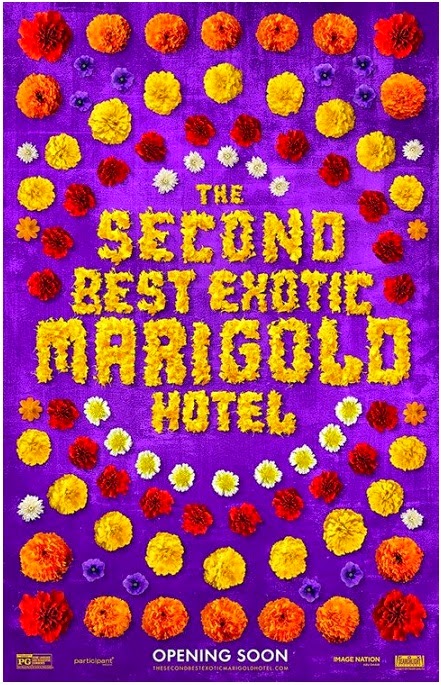 claims on his time than he has available, considering his imminent marriage to the love of his life, Sunaina (Tena Desae). Sonny has his eye on a promising property now that his first venture, The Best Exotic Marigold Hotel for the Elderly and Beautiful, has only a single remaining vacancy - posing a rooming predicament for fresh arrivals Guy (Richard Gere) and Lavinia (Tamsin Greig). Evelyn and Douglas (Judi Dench and Bill Nighy) have now joined the Jaipur workforce, and are wondering where their regular dates for Chilla pancakes will lead, while Norman and Carol (Ronald Pickup and Diana Hardcastle) are negotiating the tricky waters of an exclusive relationship, as Madge (Celia Imrie) 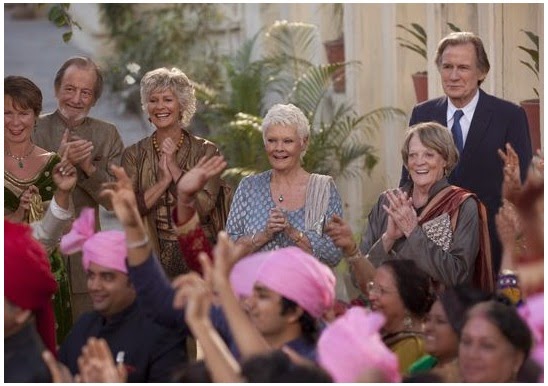 juggles two eligible and very wealthy suitors. Perhaps the only one who may know the answers is newly installed co-manager of the hotel, Muriel (Maggie Smith), the keeper of everyone's secrets. As the demands of a traditional Indian wedding threaten to engulf them all, an unexpected way forward presents itself.
Posted by DEZMOND at 2:00 PM