Do I have the greatest news from the epic front today or what: after yesterday's amazing news that Tom Hiddleston might be new BEN HUR, today's blissful info is that Guy Ritchie wants Irish hunk Jamie Dornan for the lead in his KING ARTHUR possible seven movie historical franchise! According to 'Daily Mail' the director recently met the 50 SHADES OF GRAY, THE FALL and NEW WORLDS star and was blown away by his charisma. The only problem, currently, can be the fact that he is locked with Universal on 50 SHADES and KING ARTHUR will be over at Warner Bros. I've informed you recently that Guy Ritchie also wants Idris Elba to play Arthur's teacher in a reimagining of the story of King Arthur and his legendary knights of the kingdom of Camelot. The movie is scheduled for July 2016, and before that Ritchie has THE MAN FROM UNCLE with Henry Cavill and Armie Hammer! 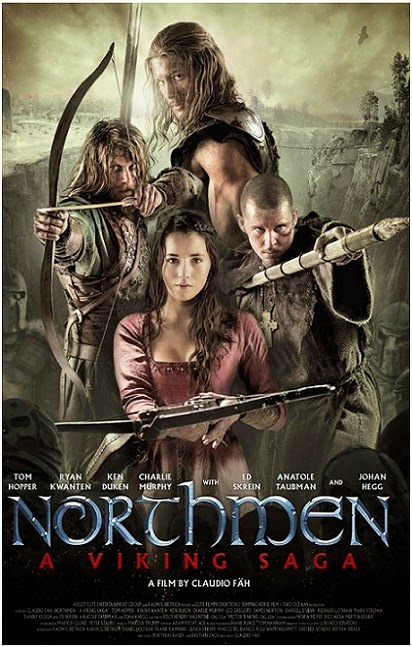 behind enemy lines on the coast of Alba as their longboat goes down in a dreadful storm. Their only chance of survival is to find a path to the Viking settlement, Danelag, traversing an unfamiliar and hostile land they have never known.
Posted by DEZMOND at 2:30 PM