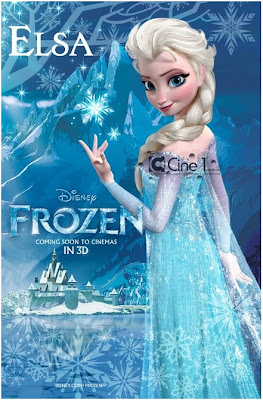 I have a delightful treat for you today: earlier this winter I have introduced you to Disney's new animated movie FROZEN which will open up in cinemas this November showing you the first pictures from the film, and now you can see first two adorable character posters showing Anna, a young adventurer who, in the hopes that she will bring an end to the perpetual winter climate, travels to find her sister, Elsa the Snow Queen whom you can also see in the second poster! Idina Menzel lends her voice to Snow Queen while Kristen Bell lends her voice to Anna, the hero of the story. The 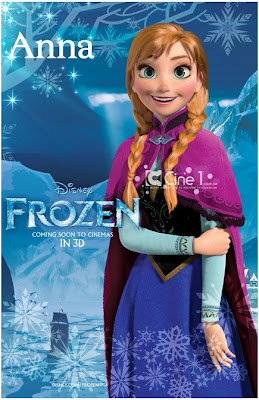 story of the delightful Disney animated adventure revolves around  a mountain climber and a young girl named Anna who journeys through snowy peaks and dangerous cliffs to find the legendary Snow Queen and end the perpetual winter prophecy that has fallen over their kingdom. The movie is directed by Chris Buck, whom you know as the helmer of TARZAN and SURF'S UP, and Jennifer Lee, whom you know as the screenplay writer for WRECK-IT RALPH!

One of Britain's most popular television actors Benedict Cumberbatch, the star of SHERLOCK, whom you will watch later this summer in the long awaited sequel to the legendary science fiction franchise STAR TREK INTO DARKNESS, is negotiating to star in a rather shocking THE IMITATION GAME! According to "Deadline" if he takes the gig, Benedict will portray British mathematician Alan Turing, who helped the Allies defeat the Germans in World War II by cracking the complex "Enigma Code" used by the Germans. In the 1950s, he was prosecuted by the British government for being a homosexual. He made the extreme decision to undergo chemical castration instead of going to prison, which demoralized him so much that he committed suicide by eating an apple dosed with cyanide.


FAST&FURIOUS 6 TRAILER
Now, you know that I have never seen a film from this franchise but with such a hunkfest in the cast, including Dwayne Johnson, Paul Walker, Vin Diesel and Tyrese Gibson, with HOLLYWOOD SPY's  beloved Luke Evans as the new villain, it would be a sin not to check 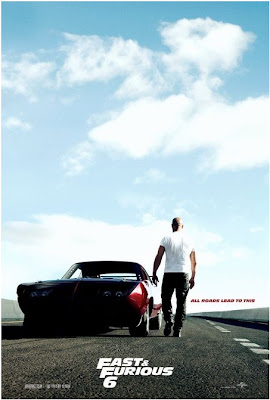 FAST & FURIOUS 6! out The first trailer has just been released at the Super Bowl. Since Dom (Vin Diesel) and Brian's (Paul Walker) Rio heist toppled a kingpin's empire and left their crew with $100 million, our heroes have scattered across the globe. But their inability to return home and living forever on the lam have left their lives incomplete. Meanwhile, Hobbs (Dwayne Johnson) has been tracking an organization of lethally skilled mercenary drivers across 12 countries, whose mastermind (Luke Evans) is aided by a ruthless second-in-command revealed to be the love Dom thought was dead, Letty 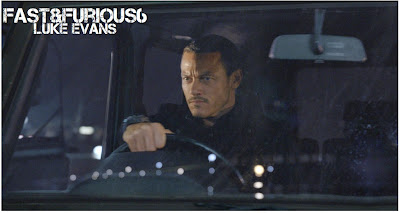 (Michelle Rodriguez). The only way to stop the criminal outfit is to outmatch them at street level, so Hobbs asks Dom to assemble his elite team in London. Payment? Full pardons for all of them so they can return home and make their families whole again.
Posted by DEZMOND at 12:00 AM