Another epic show to come to ABC this year is GOTHICA, a "gothic soap" weaving together the mythology and stories of classic literary

figures such as Frankenstein, Dracula and Dorian Gray. Brilliant British star Tom Ellis will play Victor Frankenstein who is in charge of a hospital and its biotech research programme. He is grieving for his recently deceased daughter, and trying to work out if there's a way he can bring her back to life. Chris Egan will play Dorian Gray, a wealthy playboy and aspiring entrepreneur who invests $20 million of his fortune into a newspaper owned by Frankenstein's old flame Grace van Helsing. Gorgeous Janet Montgomery plays Grace van Helsing, from a wealthy publishing family, who returns to run her family newspaper with the help of Gray's investment! Chris Egan played the lead in POE pilot, while Tom Ellis starred in British TV showS MIRANDA, MERLIN and THE FADES. Stunning Janet Montgomery also starred in MERLIN as ethereal Princess Mithian!


HOLLYWOOD HEADLINES
Now, here's an interesting casting twist: after the plans to have Bradley Cooper or Channing Tatum  as the new lead actor in the remake of 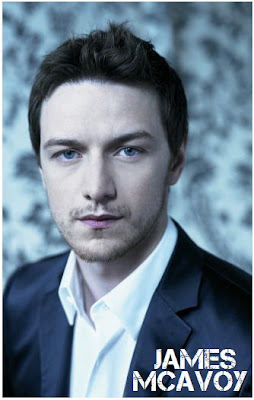 THE CROW have broke down, according to "Movie Web" the new candidate for the gig is James McAvoy from ATONEMENT and X-MEN! If he gets the job he will take the role of Eric Draven, a rock star who is brutally murdered along with his fiancée. He comes back to life to avenge his and his fiancee's murder, so their souls can finally rest in peace. As you know the role was played by Brandon Lee back in the 90s when he died at the set.Beside action crime films WELCOME TO THE PUNCH and TRANCE, McAvoy will be seen next year again as Professor X in X-MEN DAYS OF FUTURE PAST which is trying to reunite all the previous mutant superheroes. And yet another movie star to move 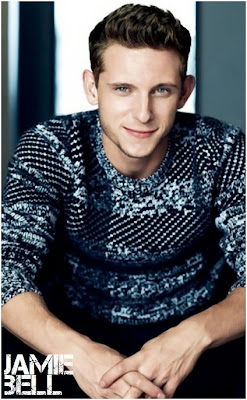 over to television is Jamie Bell who will take the lead role in AMC's new drama TURN! According to "TVLine" he will play play a New York farmer who forms an unlikely spy ring with his childhood friends! It is interesting that the show will be historical since his character - Abraham Woodhull will find himself unexpectedly at the centre of a battle for America's independence in the 1778-set drama. The pilot will be directed by RISE OF THE PLANET OF THE APES Rupert Wyatt!


IN THE FLESH TRAILER
And here's a spooky zombie trailer for upcoming BBC Three show IN THE FLESH which will start airing this March! Starring Luke Newberry, Ricky Tomlinson and Kenneth Cranham the show takes place four years after a zombie uprising and charts humanity's 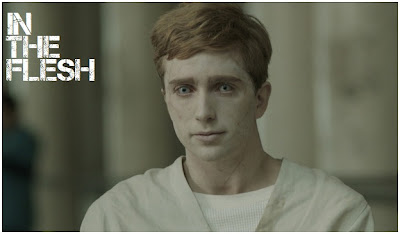 efforts to reintegrate the living dead into society. One such zombie is Kieren Walker, who must adjust to his new life with the help of fellow zombie Amy (Emily Bevan), his best friend Rick (David Walmsley) and his sister Jem (Harriet Cains).
Posted by DEZMOND at 12:00 AM