Earlier this week, "Variety" reported that Nick Cassavetes (THE NOTEBOOK) will direct THE OTHER WOMAN, a film about a woman who finds out that her boyfriend is married, and unites with his wife to plot

the revenge against the adulterer. Cameron Diaz was previously mentioned for the lead role! And a new name in NBC's DRACULA epic series is Victoria Smurfit. Now I've no idea who she is, but such a smurfilicious surname needs public support :) She will join Jonathan Rhys Meyers who plays Dracula, posing as an American businessman Alan Grayson in 19th century London, whose true aim is to seek revenge on those who ruined his life centuries earlier. He is prevented from following through his plans when he falls in love with Mina Murray (Jessica De Gouw), who looks similar to his deceased wife. MERLIN's Katie McGrath will play Mina's friend, while Victoria Smurfit will play the lithe and beautiful Lady Jayne who is instantly attracted to Grayson and pursues him! 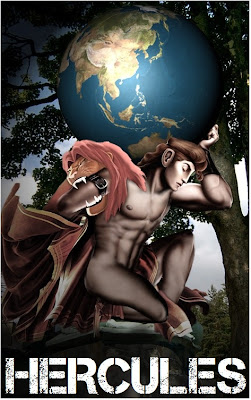 in crazy old Tinsel- town! Just after MGM and Paramount have announced the work on their epic film HERCULES with Dwayne Johnson in the lead role and Brett Ratner behind the helm, Millennium had decided to make their own version of the famous legend. Unlike Dwayne Johnson's project in which he will fight in Thracian wars, the other project will be a revisionist project. To be directed by Renny Harlin (DIE HARD, LONG KISS GOODNIGHT) it will be closer to GLADIATOR and more realistic and it will get released before the Ratner's film which is set for August 2014!


BYZANTIUM TRAILER
Your trailer for today is the first one from the upcoming horror drama BYZANTIUM. Coming from THE BORGIAS and CRYING GAME director Neil 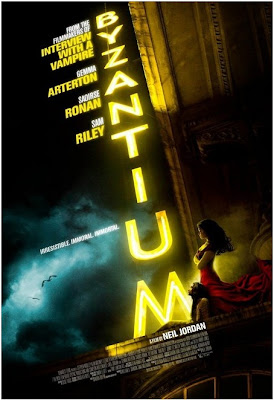 Jordan, this unusual film, which awaits its release sometime later this year,  follows two young women who arrive in a nameless British town and claim to be 200-year-old vampires, local teachers and parents try to counsel the girls to get to the bottom of their delusions. However, when people start disappearing, people in town must confront the possibility that the two women are, in fact, what they say they are.The cast is lead by Gemma Arterton and Saoirse Ronan who play a mother and her daughter, and Caleb Landry Jones, Jonny Lee Miller and Sam Riley are also playing roles in the movie.
Posted by DEZMOND at 12:00 AM