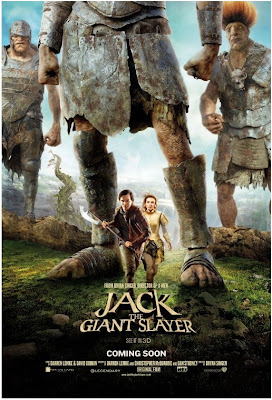 Fairy tale epic adventure JACK THE GIANT SLAYER is, after a very long delay, ready to start it's cinematic life this March and today you can check out delightful new posters for the exciting movie. The film was supposed to open in cinema previous summer, but was moved to this year in order to get 3D treatment and additional changes and more marketing and also to give a chance to Warner to play the trailers when Peter Jackson's THE HOBBIT AN UNEXPECTED JOURNEY played in cinemas this winter! 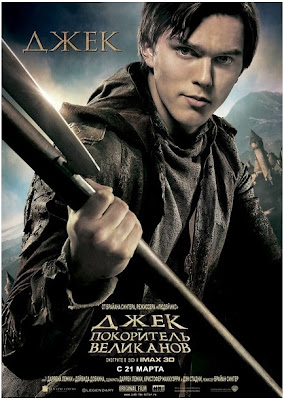 The story of the film revolves around an ancient war which is reignited when a young farmhand unwittingly opens a gateway between our world and a fearsome race of giants. Unleashed on the Earth for the first time in centuries, the giants strive to reclaim the land they once lost, forcing the young man, Jack (Nicholas Hoult), into the battle of his life to stop them. Fighting for a kingdom and its people, and the love of a brave princess, he comes face to face with the unstoppable warriors he

thought only existed in legend … and gets the chance to become a legend himself. 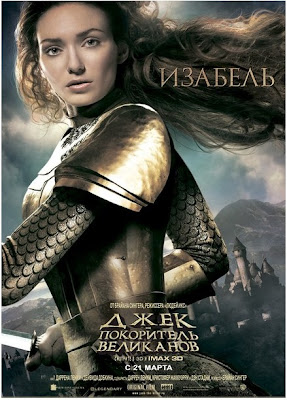 Acclaimed filmmaker Bryan Singer directs the 3D epic action adventure JACK THE GIANT SLAYER starring Nicholas Hoult as Jack, a young farmer who leads the expedition to rescue the princess. There was quite a great competition for the lead role and the list of actors who didn't get it includes Aaron Johnson and Aneurin Barnard. Eleanor Tomlinson plays Isabelle, the princess who is kidnapped by giants. Adelaide Kane (whom you will watch as Mary Queen  of Scots in CW's REIGN epic show), Lily Collins and Juno Temple also screen tested for the role before Eleanor got it. Stanley 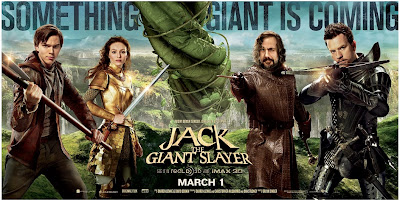 Tucci portrays Lord Roderick, an adviser to the king with designs on usurping power. Ian McShane is King Brahmwell, the princess' father, who is none too thrilled about a union between his daughter and a farmer boy. Bill Nighy and John Kassir are Fallon, the two-headed 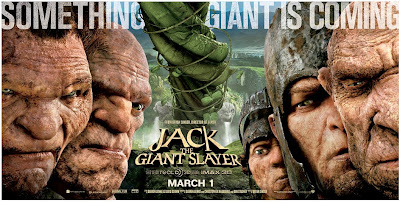 leader of the giants. Nighy plays the big head and Kassir plays the smaller head. Ewan McGregor, looking better than ever, portrays Elmont, the leader of the king’s elite guard, who helps fight giants. 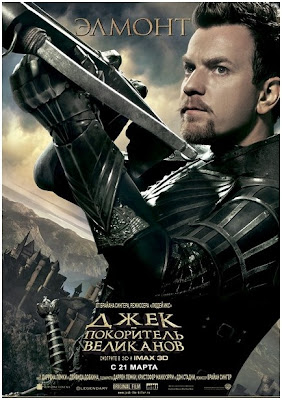 It is interesting that the preproduction started back in 2009 when D.J. Caruso was supposed to direct it. Later on the director was replaced and Bryan Singer brought new writers and also the title of the film was changed from GIANT KILLER to GIANT SLAYER. A number of scenes in the film were shot in Puzzlewood in Britain,  which features unusual tree and rock formations seen before in BBC TV series MERLIN and DR WHO, and which also inspired Tolkien to write THE HOBBIT!


GIANT SLAYER CAST FUTURE PROJECTS
What are the cast members doing in the future? As you already know Nicholas Hoult will be very busy this year since beside this one he already had WARM BODIES opening in cinemas with great success 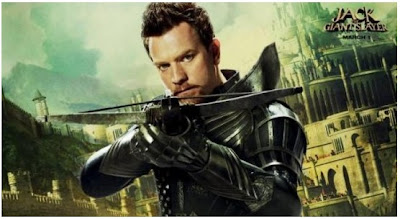 around the world last month, and he also has MAD MAX FURY ROAD and X MEN DAYS OF FUTURE PAST ahead of him. Gorgeous young Eleanor Tomlinson will also be seen this summer in 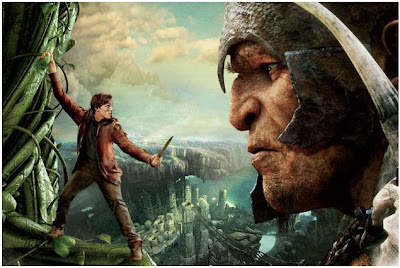 THE WHITE QUEEN epic series at Starz! Ewan McGregor will star in BORN TO BE KING about an extra on a film set who is discovered to share a striking resemblance to a movie star. The director of the film 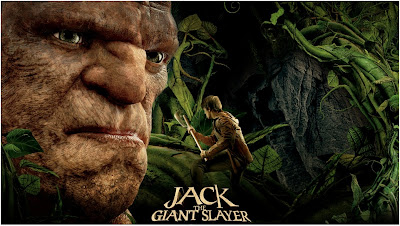 Bryan Singer will direct the above mentioned X MEN DAYS OF FUTURE PAST returning to the mutant saga which made him famous and on which he already worked with Nicholas Hoult!
Posted by DEZMOND at 12:00 AM