Sometime last year your HOLLYWOOD SPY informed you that Universal is preparing EVEREST action drama and now, according to "The Hollywood Reporter" they have found the lead actor. Christian Bale is negotiating to star in the true story of two separate groups who tried to reach the summit of Mount Everest in 1996, which ended in tragedy. Christian Bale would play Rob Hall, the leader of a New Zealand group which suffered four casualties during the ascent. The most curious thing is that Sony Pictures is also preparing their own film with the very same title EVEREST which will see Tom Hardy playing famous explorer George Mallory in the story which will describe the mystery surrounding Mallory's 1924 ascent of Mount Everest.

DID YOU KNOW?
When it comes to their future projects, Christian Bale will star in an untitled 2014 film about ABSCAM FBI sting operation in the 1970s which lead to the conviction of United States Congressmen.That one has a rather stellar cast including Amy Adams, Bradley Cooper, Jennifer Lawrence and Jeremy Renner!

HOLLYWOOD SPY HEADLINES
And here's something for the writers among my dear readers: "The Hollywood Reporter" writes that Universal has bought the movie 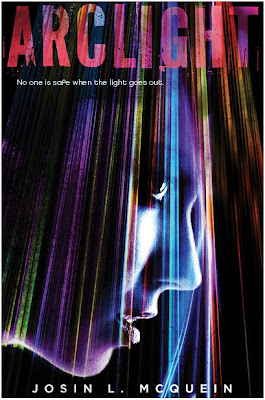 rights on upcoming sf novel ARCHLIGHT by Josin L. McQuein! The sci-fi YA novel is set in a post apocalyptic future where the remnants of humanity are hunkered down in an outpost protected by a wall of light named Arclight, hiding from creatures known as the Fade. Into this enclave enters a lone teenage girl with no memory of who she is and how she survived in what is called the Dark but one who holds the key to its survival. It is interesting that the book is yet to be released this April and that the writer was paid $500,000 in a two book deal even before the books were written.


HUNKY DORY TRAILER
And the only trailer I have for you on this very dry day is a delightful one for charming Welsh comedy HUNKY DORY starring Minnie Driver in the lead role. 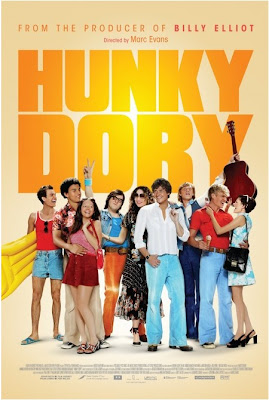 It's the beginning of the summer of 1976 in South Wales. But school's not out yet, so Viv (Minnie Driver), a fiery high school drama teacher, is determined to fire up her hormonal, apathetic students one last time by putting on the best end-of-the-year show the school has ever seen: a glam rock-infused musical version of Shakespeare's The Tempest. Can she overcome the typical teenage distractions of sex and drugs with some great rock and roll? Find out in this rousing musical from the producer of "Billy Elliot", featuring songs from legendary artists such as David Bowie, ELO, The Beach Boys, and more, all performed and recorded live on set by the talented young cast. The heartwarming flick is out March 22nd! Aneurin Barnard, whom you will soon watch as King Richard in Starz epic show THE WHITE QUEEN, is also in the cast!
Posted by DEZMOND at 12:00 AM