According to "THR" lovely Katherine Heigl has found herself another new role: she will take A MOMENT TO REMEMBER. Based on a Japanese TV

show, the film centres on a fashion designer who contracts a disease that makes her memories fade away. After discovering the illness, her husband sets out to provide her with one last memory of love. Meanwhile, rising star Nicholas Hoult, who will be JACK THE GIANT SLAYER this spring, has boarded YOUNG ONES together with Michael Shannon and Elle Fanning. The story of the science fiction thriller film, set in a future where water has become a precious commodity, follows a 14-year-old boy struggling to survive in this violent world. The production has already started down in South Africa! Nicholas Hoult will also star in WWI film BIRDSONG! Rupert Wyatt's romantic saga will be a film adaptation of Sebastian Foulk's novel which was already adapted into a mini series with outstanding Eddie Redmayne two years ago. Hoult will portray 21-year old officer who falls in love with a beautiful older married woman before he goes to war.

And it seems that after Sandra Bullock, who will fly a spaceship in GRAVITY later this year, Jessica Alba might do the same in WEIGHTLESS. She will portray a female astronaut who unwittingly becomes the cause of a tragic, fatal motorcycle accident. Rather than risk losing the opportunity to join the space shuttle's next mission, Maysie chooses to ignore her conscience and flees the scene of the accident. Following the space shuttle's successful flight, an unexpected mechanical failure causes the shuttle to crash on re-entry to earth. Maysie miraculously survives the crash. Once on the road to recovery, Maysie's survival against the odds begins to needle her conscience and leads her to re-visit the scene of the fatal motorbike accident. Carried by her guilt, she forms a unique bond with the victim's brother that quickly evolves into a steamy affair. Maysie begins to find it impossible to suppress her deep-seeded feelings of guilt and keep the truth hidden that will ultimately set them both free.


BAFTA 2013 FASHION RED CARPET REPORT
Did you watch British Film and Television Academy awards this Sunday? How did you like the red carpet fashion? It usually rains during BAFTAs so we've seen lots of wet suits and gowns. If you ask your spy 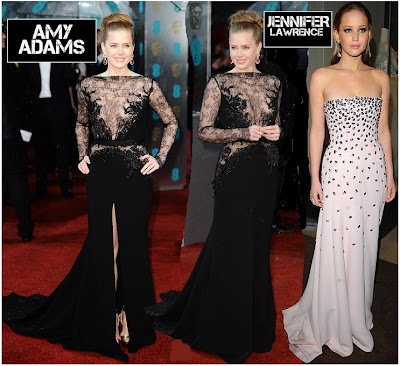 the best dressed was Amy Adams in gorgeous black gown, while young Jennifer Lawrence was also shinning in her glittery dress although I wish she had glamorous locks in her hair. 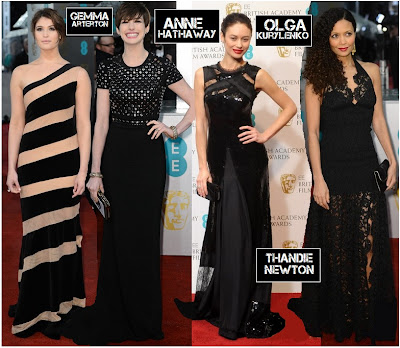 Lots of ladies opted for black this year. Anne Hathaway looked comfortable in her simple but refined black gown, but I'm not sure I liked the looks of Gemma Arterton, Thandie Newton and Olga Kurylenko - all gorgeous ladies who didn't shine at BAFTAs this year. 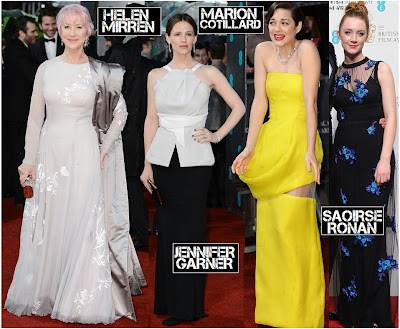 And the worst dressed? I really don't get Helen Mirren's pink hair nor Marion Cottilard's horrible yellow catastrophe of a dress, and I also thought that Saoirse Ronan and Jennifer Garner stole dresses from their grandmas for the evening! 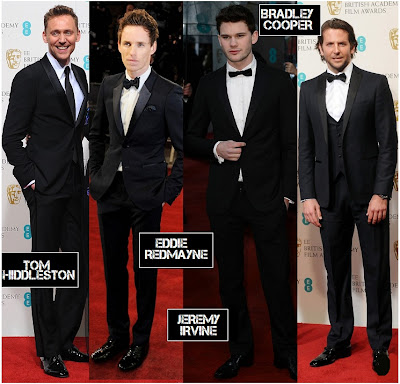 The boys didn't disappoint as usually. We can call BAFTAs 2013 a huge hunkfest since tones of Hollywood's most handsome faces were present: Tom Hiddleston delighting the crowds with his smile, Eddie Redmayne and Jeremy Irvine bringing young charm to the red carpet and Bradley Cooper dashing as always. 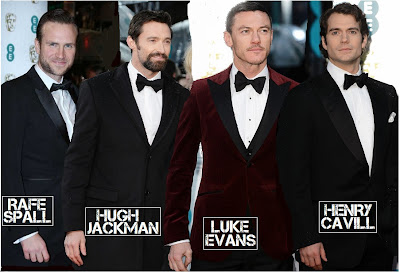