Oooh! Exciting news for NBC's upcoming new historical show DRACULA in which Jonathan Rhys Meyers will take off the crown he wore in THE TUDORS and put on some nasty fangs in order to portray the title role. MERLIN's star Katie McGrath, who played Morgana in the BBC epic show, has joined the cast and will play Lucy Westenra, a London socialite who is friends with Mina Murray - to be played by Arrow's Jessica De Gouw! Nonso Anozie from GAME OF THRONES is another addition to the cast and will appear as Renfield, the loyal accomplice of Dracula. The ten part series will be set in the 1890s London, where Dracula acts as an American businessman whose true aim is to seek revenge on those who ruined his life. However, his plans are thwarted when he falls in love with Mina, who resembles his deceased wife. Mina, who is described as forward-thinking, clever and independent, is the only female studying medicine at London's University College.


HOLLYWOOD SPY HEADLINES
Now, you already know that after the recent success, our favourite Muppets are coming back. The official new title of the sequel is THE MUPPETS... AGAIN! The film is currently shooting in Britain for a 2014 release. The first pictures have been released showing 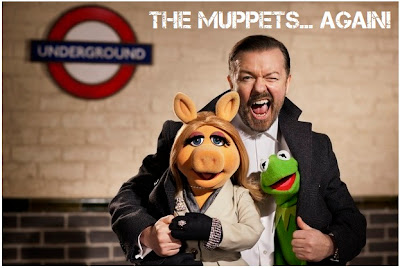 Miss Piggy, Kermit and the rest of the gang at London subway, and with Ricky Gervais who joins the cast along with Tina Fey! The sequel takes the entire Muppets gang on a global tour, selling out grand theatres in some of Europe's most exciting destinations, including Berlin, Madrid and London. But mayhem follows the Muppets overseas, 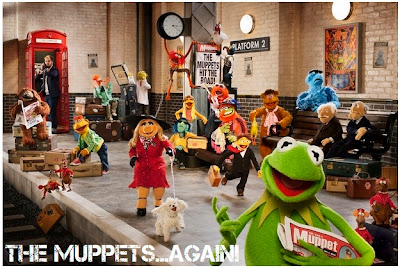 as they find themselves unwittingly entangled in an international crime caper headed by Constantine - the World's Number One Criminal and a dead ringer for Kermit - and his dastardly sidekick Dominic, aka Number Two (Gervais)! The film will have tones of celebrity cameos! 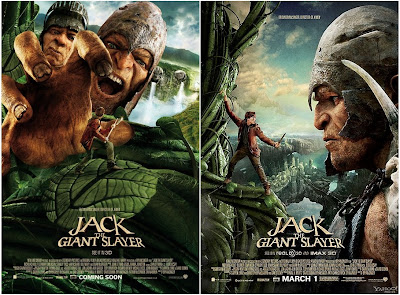 You can also check out two lovely new posters for JACK THE GIANT SLAYER, epic adventure starring Nicholas Hoult, Ewan McGregor, Bill Nighy and Ian McShane, which hits theatres March 1st and follows a farmer's son Jack who unwittingly opens a gateway between the giants' world and ours, and must step up and fight for what he believes in, and for the love of a fair princess! 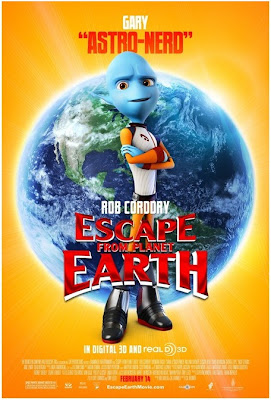 And freshly released from The Weinstein Company are new character posters for animated adventure ESCAPE FROM PLANET EARTH which opens up in cinemas February 14th right on Valentines Day! The 3D animated family comedy catapults moviegoers to planet Baab where admired astronaut Scorch Supernova (Brendan Fraser) is a national hero to the blue alien population. A master of daring rescues, Scorch pulls off astonishing feats with the quiet aid of his nerdy, by-the-rules brother, Gary (Rob Corddry), head of mission control at BASA. When BASA no-nonsense 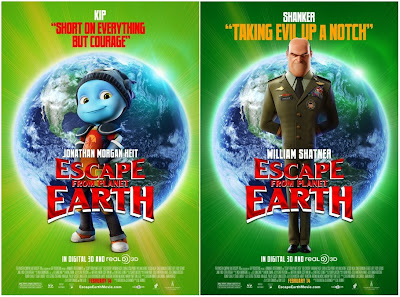 chief Lena (Jessica Alba) informs the brothers of an SOS from a notoriously dangerous planet, Scorch rejects Gary’s warnings and bounds off for yet another exciting mission. But when Scorch finds 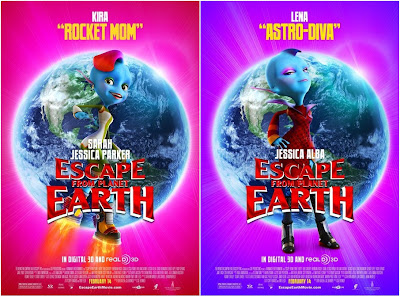 himself caught in a fiendish trap set by the evil Shanker (William Shatner) it’s up to scrawny, risk-adverse Gary to do the real rescuing. 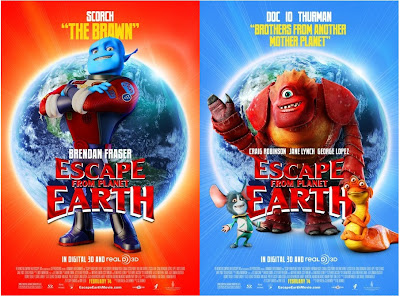 As the interplanetary stakes rise to new heights, Gary is left to save his brother, his planet, his beloved wife Kira (Sarah Jessica Parker) and their adventure hungry son Kip!
Posted by DEZMOND at 12:00 AM