DELIGHTFUL "JUSTIN AND THE KNIGHTS OF VALOUR" TRAILER WITH RUPERT EVERETT, ALFRED MOLINA, SAOIRSE RONAN! LUKE EVANS IN "GREAT TRAIN ROBBERY"! JASON MOMOA IS DRAX THE DESTROYER IN "GUARDIANS OF THE GALAXY"! MINNI DRIVER JOINS "ABOUT A BOY" SITCOM! 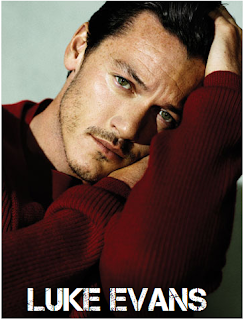 Hollywood Spy's absolute favourite Welshman, deeply charismatic Luke Evans (THE HOBBIT, THE THREE MUSKETEERS, IMMORTALS), whom you shall watch this summer as a naughty guy in FAST AND FURIOUS 6 next to Dwayne Johnson, Vin Diesel, and Paul Walker, has got himself a new gig. This time, as "The Sun" reports, he will show his outstanding talent on television in new mini series GREAT TRAIN ROBBERY. The two part series will see him playing Bruce Reynolds who hatched the plan for the 1963 mail train 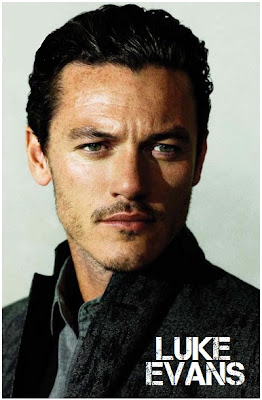 heist, at the time Britain’s biggest ever robbery, with a haul worth £41million in today’s money. After fleeing to Mexico, Bruce Reynolds spent five years on the run before being jailed for 25 years in 1969. He was released in 1978. One part of the television drama will follow the thieves while the other will circle around the police and their efforts to catch the robbers. The mini series should hit the British small screens sometime later this year!


HOLLYWOOD SPY HEADLINES
In movie news from this weekend, GAME OF THRONES star Jason Momoa has been cast as Drax in upcoming sf film GUARDIANS OF 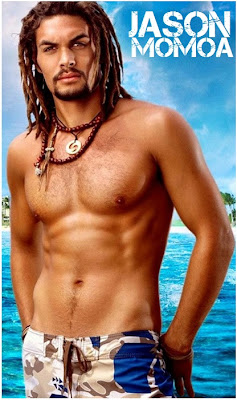 THE GALAXY joining Chris Pratt who got the lead role of Star-Lord the leader of the Guardians a few weeks ago. Drax the Destroyer is a super hero with incredible strength and the ability to emit energy blasts from his hands. Only a few days ago I informed you that new NBC sitcom ABOUT A BOY had found their male lead in David Walton, who will play a rich bachelor man-child whose life changes totally when he befriends a smart little kid who moves in next door with his eccentric divorced mother, and now I can also inform you that Minnie Driver has landed the role of the mother! The roles were played by Hugh Grant, Toni Collette and Nicholas Hoult in the film!


JUSTIN AND THE KNIGHTS OF VALOUR TRAILER 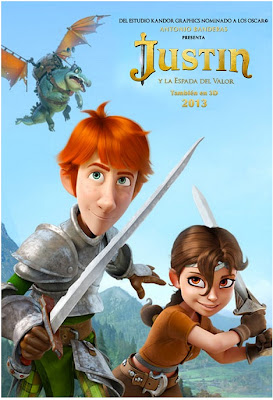 I have an extremely charming trailer for you today! The first one for the animated adventure that I spotlighted for you last year JUSTIN AND THE KNIGHTS OF VALOUR!  Justin (Freddie Highmore) wants to be a knight but his father, Reginald (Alfred Molina), the chief counsel to the Queen (Olivia Williams), wants his son to become a lawyer. In need of guidance, Justin visits his Grandmother (Julie Walters), who tells him the story of his Grandfather, Sir Roland, the noblest knight in the kingdom and protector of the King until they were both betrayed and killed by the evil Sir Heraclio (Mark Strong). After he runs away from home, Justin meets Talia (Saoirse Ronan), a beautiful, feisty and independently- 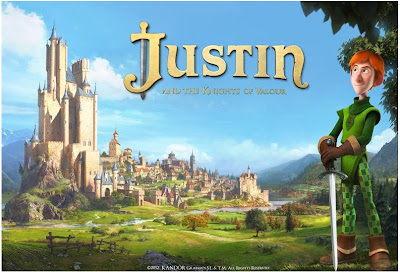 minded girl, who shares his aspirations and whom he eventually falls for. He also meets a quirky wizard called Melquiades (David Walliams) who tells him where he can find the magical Abbey where the Knights of Valour once trained. At the Abbey, he is mentored by three ancient monks. Blucher (James Cosmo) instructs him in knightly ways; Legantir (Charles Dance) teaches him there is still 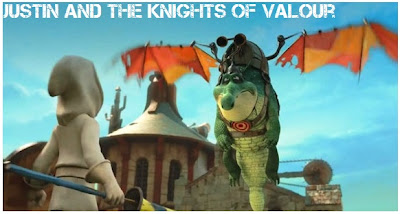 magic in the world; and Braulio (Barry Humphries) who creates magical contraptions, and is responsible for Gustav, the gas-powered wannabe-dragon crocodile (I swear I fell in love with the crocodile in the trailer, probably one of the most delightful animated characters ever :)! 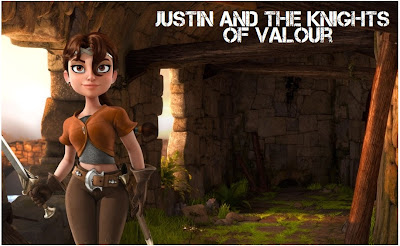 Justin, though an unlikely candidate for knighthood, is determined to pursue his ideals. Called upon to prove himself when Heraclio and his minions, lead by Sota (Rupert Everett), return and threaten the kingdom, Justin saves the day.
Posted by DEZMOND at 12:00 AM