In our news from the epic front today, a long awaited historical project POMPEII from Paul W.S. Anderson is finally moving on as a German and Canadian coproduction set in the days leading up to the eruption of Mt. Vesuvius. The production will involve significant construction builds of ancient Roman architecture and considerable visual effects and computer generated imagery.  Kit Harrington and Luke Evans were previously mentioned for the cast of the film. Meanwhile, sequel CAPTAIN AMERICA: THE WINTER SOLDIER has found female lead to join Chris Evans. REVENGE's Emily VanCamp might play Sharon Carter, the niece of Peggy Carter played by Hayley Atwell in the first film. In the comics she and Captain America fall in love at some point.  The cast also includes Samuel L. Jackson as Nick Fury, Anthony Mackie as Falcon, Frank Grillo as Crossbones, Cobie Smulders as S.H.I.E.L.D. agent Maria Hill with Toby Jones playing Arnim Zola. The story will follow Steve Rogers who continues his affiliation with S.H.I.E.L.D and struggles to embrace his role in the modern world, and is reunited with James 'Bucky' Barnes, who is now brainwashed Russian assassin known as the 'Winter Soldier'.

who had an overly dark vision behind the helm of their movie adaptation of famous CINDERELLA, the fairy tale might find its new director in glorious Brit Kenneth Branagh! The director of numerous  Shakespeare movie adaptations and THOR, is currently negotiating to take the job. The new big screen version of CINDERELLA still has Cate Blanchett in the role of the evil stepmother but the title role still hasn't been cast. Saoirse Ronan and Gabriella Wilde were mentioned for the role before. As HOLLYWOOD SPY has reported before Branagh is also preparing the adaptation of THE GUERNSEY LITERARY AND POTATO PEEP PIE SOCIETY with Kate Winslet and ITALIAN SHOES with Anthony Hopkins and Judi Dench, and this December's JACK RYAN with Chris Pine and Kevin Costner. 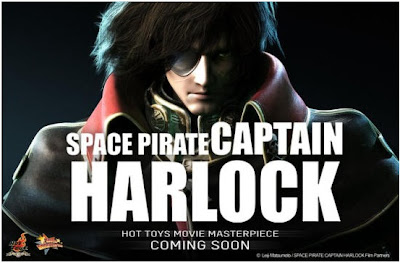 Japanese anime series from the 1970s! Coming into theatres later this year this stunning animated movie follows renegade space pirate Captain Harlock and his who crew from the space battleship Arcadia 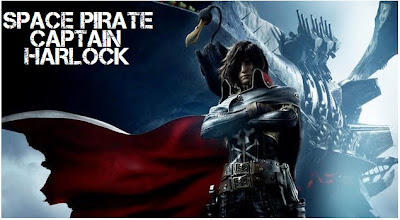 must stop the sinister alien plant women, the Mazone, from conquering Earth ruled by inept leaders! The film opens up in Japanese cinemas sometime this Autumn, and probably around the world too after that.
Posted by DEZMOND at 12:00 AM