lifelong dream project about which he dreamt ever since he was a little kid): they have started with the casting and the first to join Dwayne is brilliant Norwegian actor and director Aksel Hennie who will play Tydeus, a close friend of Hercules, who is dual axe wielding madman that is required to be chained while he sleeps. Brett Ratner's film, scheduled for August 2014, will see the son of Zeus as a mortal with a intimidating reputation who leads a group of mercenaries on a mission after they begin to suspect the motives of their vicious employer Cotys, the King of Thrace. The film will leave out the mythical elements and will portray HERCULES as a warrior. We shall watch Aksel Hennie in another epic film - THE LAST KNIGHTS which stars Clive Owen and Morgan Freeman - adventure epic following a band of warriors who set out to avenge their leader's murder!


TOMORROW PEOPLE
In television news today, yet another of CW's supernatural and fantasy pilots for new series, TOMORROW PEOPLE has started the

casting process. The US remake of the popular 1970's British show of the same name, will follow a bunch of young people and teens with super powers which they used to fight evil around the world. Produced by ARROW and VAMPIRE DIARIES producers, the show will have lovely Peyton List from MAD MEN in the lead role of Cara, a young woman with special powers who is described as both trustworthy and serious. Australian hunkster Luke Mitchell is another addition to the cast and he will play John Young, a member of the team who specialises in teleportation and who is instrumental in recruiting other gifted people to the group. He will also be Cara's love interest! As most other Oz hunks, Luke has starred in HOME AND AWAY and in NEIGHBOURS! 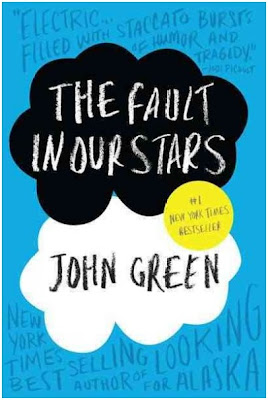 adaptation! The acclaimed novel will be turned into a movie by Fox and SAFE HEAVEN and TWILIGHT producers with Josh Boone (he directed the WRITERS film which I've recently mentioned with a trailer, which stars Greg Kinnear, Lily Collins, Logan Lerman) directing. The story of the book revolves around a teenage girl stricken with terminal cancer who falls for a boy in her support group. The two form a bond as they deal with their illnesses. Shailene Woodley, from DESCENDANTS, DIVERGENT and THE AMAZING SPIDERMAN 2, and young Hailee Steinfeld, from TRUE GRIT and ROMEO AND JULIET, are currently in the run for the lead role!
Posted by DEZMOND at 12:00 AM